The metro station is underground and is located between the Central Railway Station along Kn. Maria Luisa boulevard in the east-west direction. The entrances of the station from the west side are built in the existing pedestrian underpass to the railway station, and from the east side – to an existing but not yet used underpass from the Central Bus Station via a newly built connecting corridor.
The station has lateral platforms with length and width – 105 m and 7.6 m respectively. Its proximity to the railway station and the bus station determines the aesthetic solution and the interior design. Trains and rails are symbolized as the main idea at the platform level – making lines in blue and gray. This theme was continued in the concourses. The floorings and walls are made of granite tiles coloured in light beige tones.
Architect: S. Yapici. 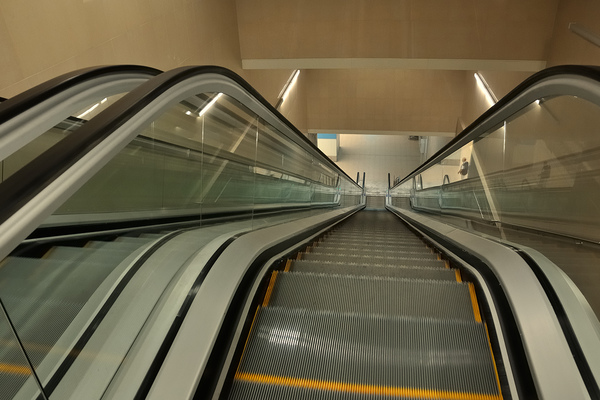