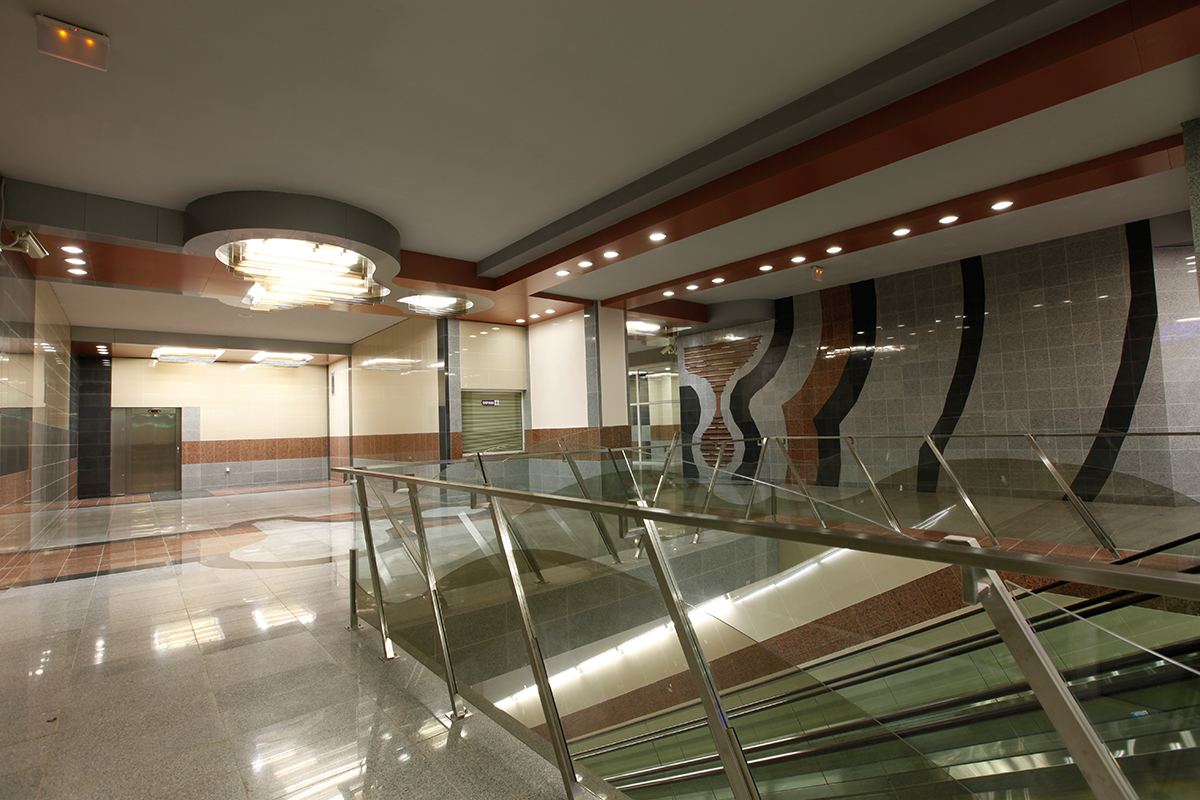 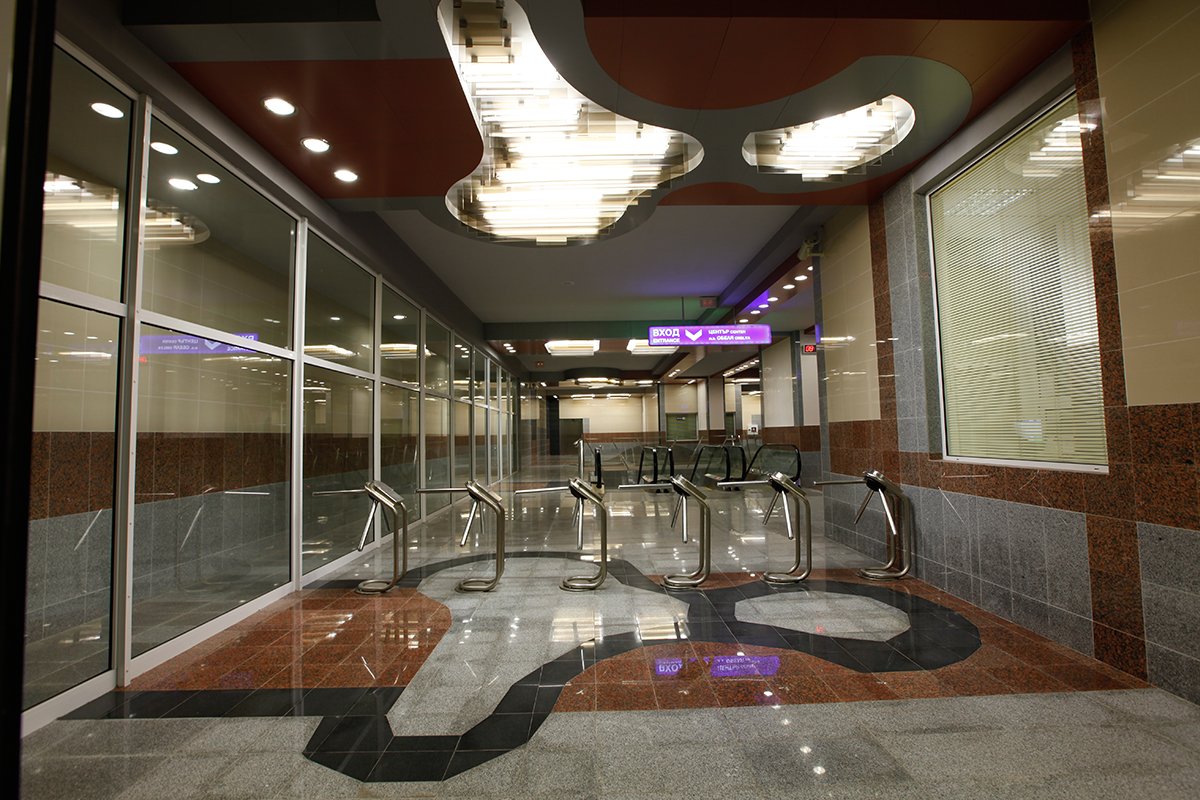 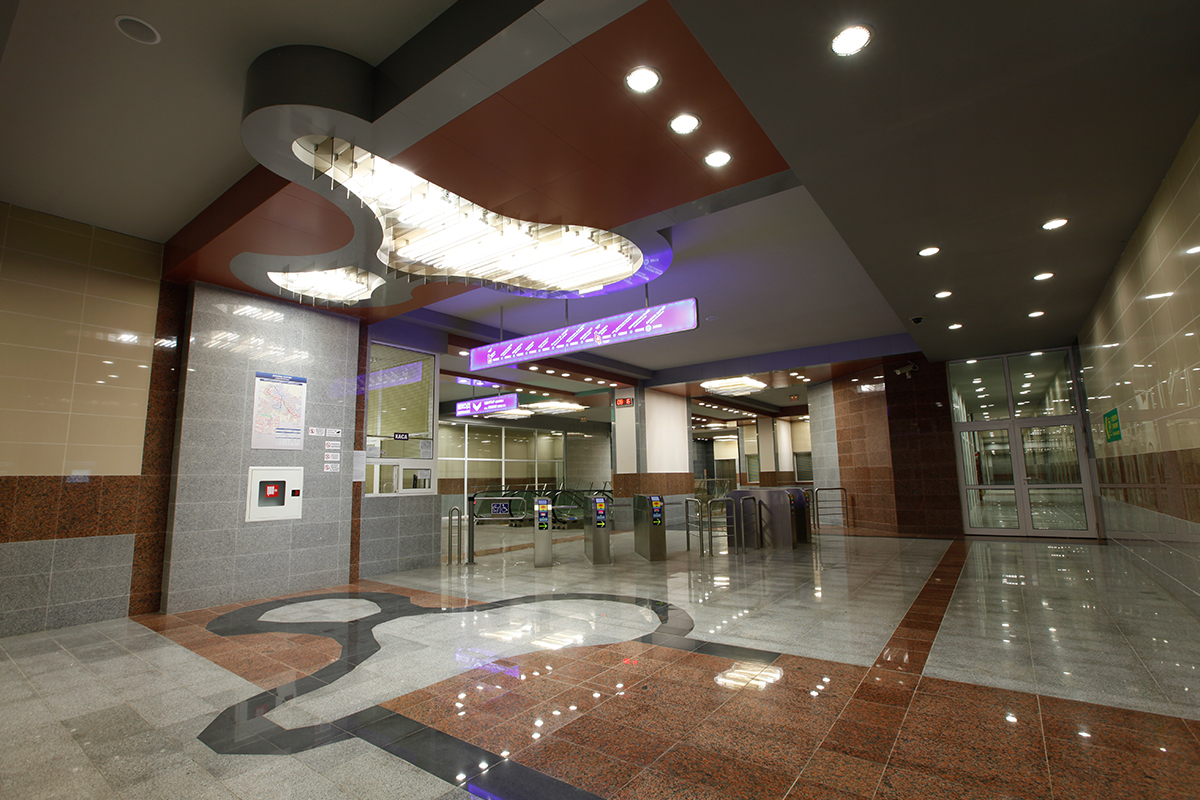 The metro station and the underground parking lot above it are located within the street regulation of Cherni Vrah boulevard at its junction with Zlatni Rog street to the crossing with Elin Vrah street. The station has two concourses with access through underpasses with entrances located on both sides of Cherni Vrah boulevard at Zlatni Rog and at Dragalevska streets, and respectively towards Major Thompson and Lyubata streets.

The powerful columns that visually divide the station space are finding their contribution in the interior. The solution provides for them to be visually integrated with elements on the ceiling and walls creating a visual illusion for a stable and logical construction. In addition, the transverse separation of the platform has reduced the effect of the tunnel. As there has been said, the powerful columns in the middle created the feeling of two separate, infinitely long spaces, respectively on the left and right track. It is the cross-section through the figures in the ceiling, the walls and the floor, along with the columns shaped in the same style, which create the illusion of a proportional space in width and length. With their rhythm they also contribute to the clear idea of the passenger in which part of the platform he is.

Last but not least, the color solution has been consistent with the general principles described here. The alternation of light gray spots with reddish brick (etalbond and granite) and light spots of granite create a feeling of warmth and clear rhythm. 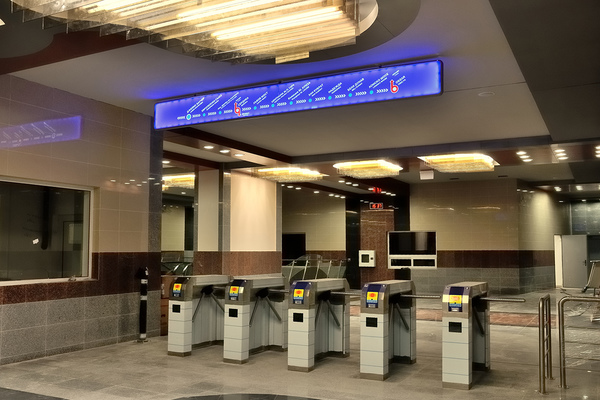