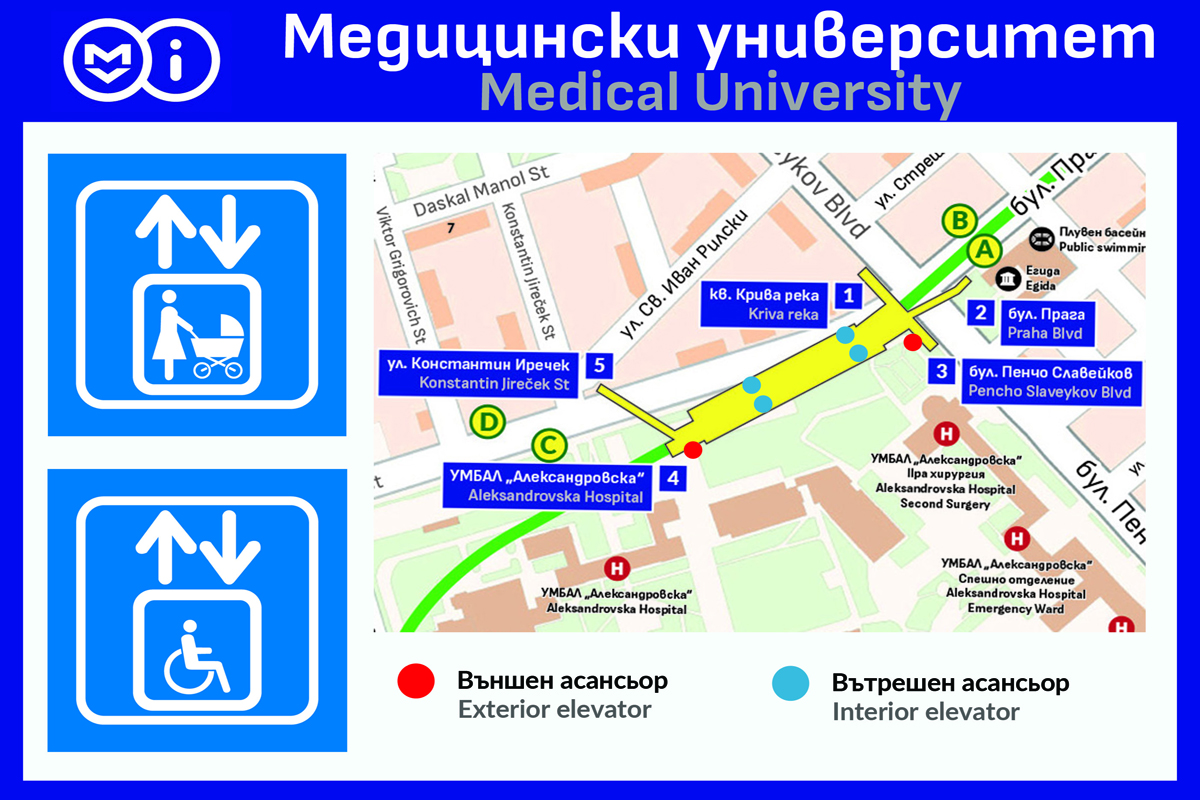 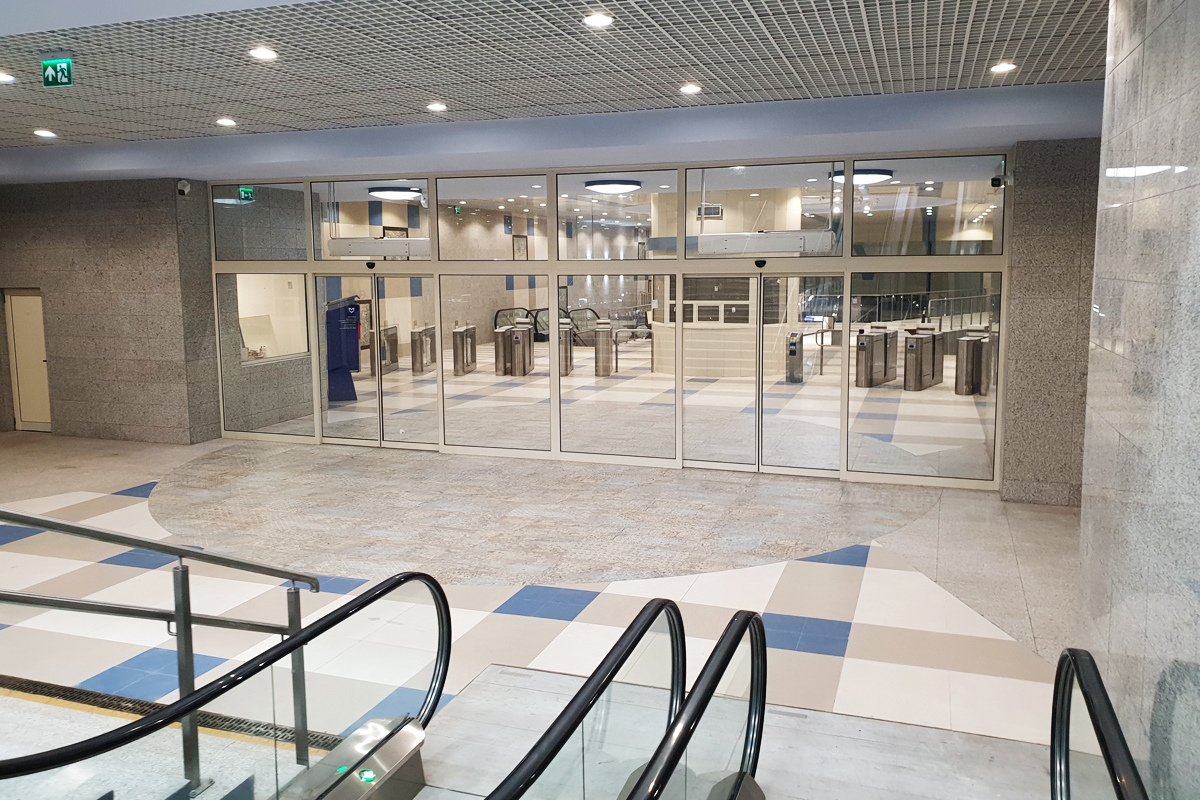 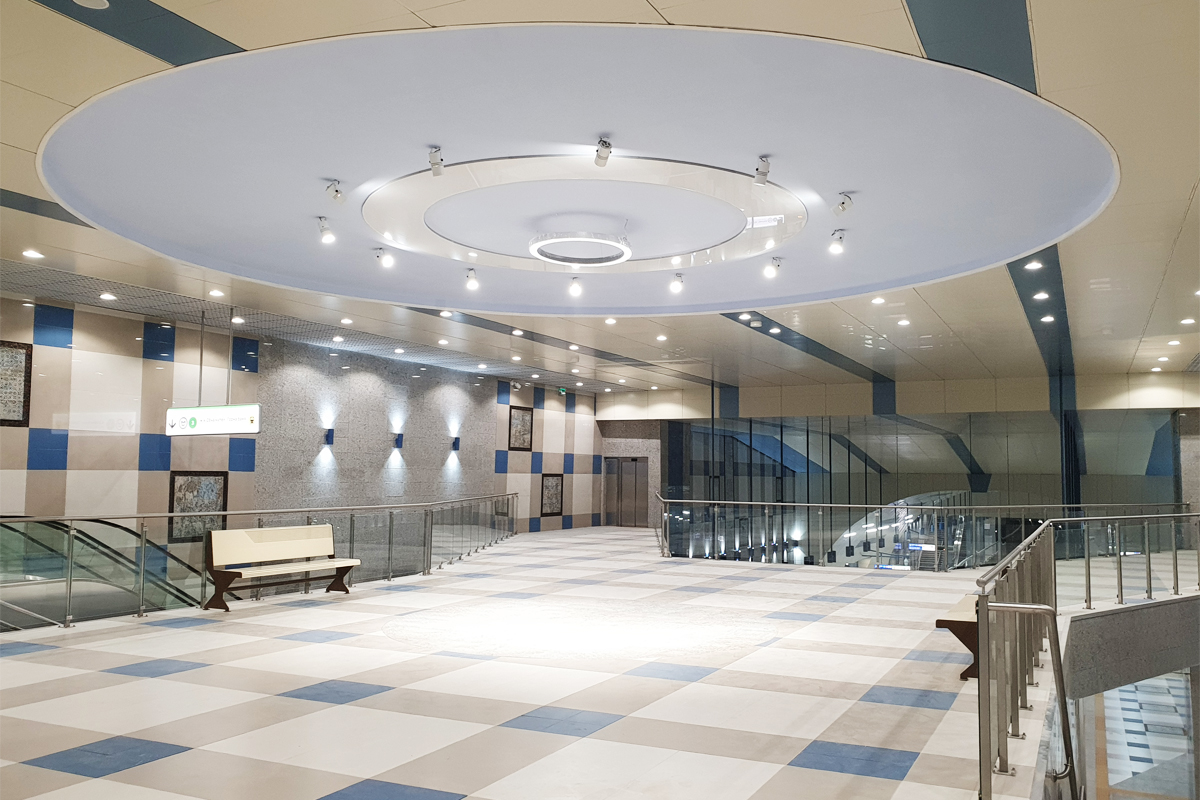 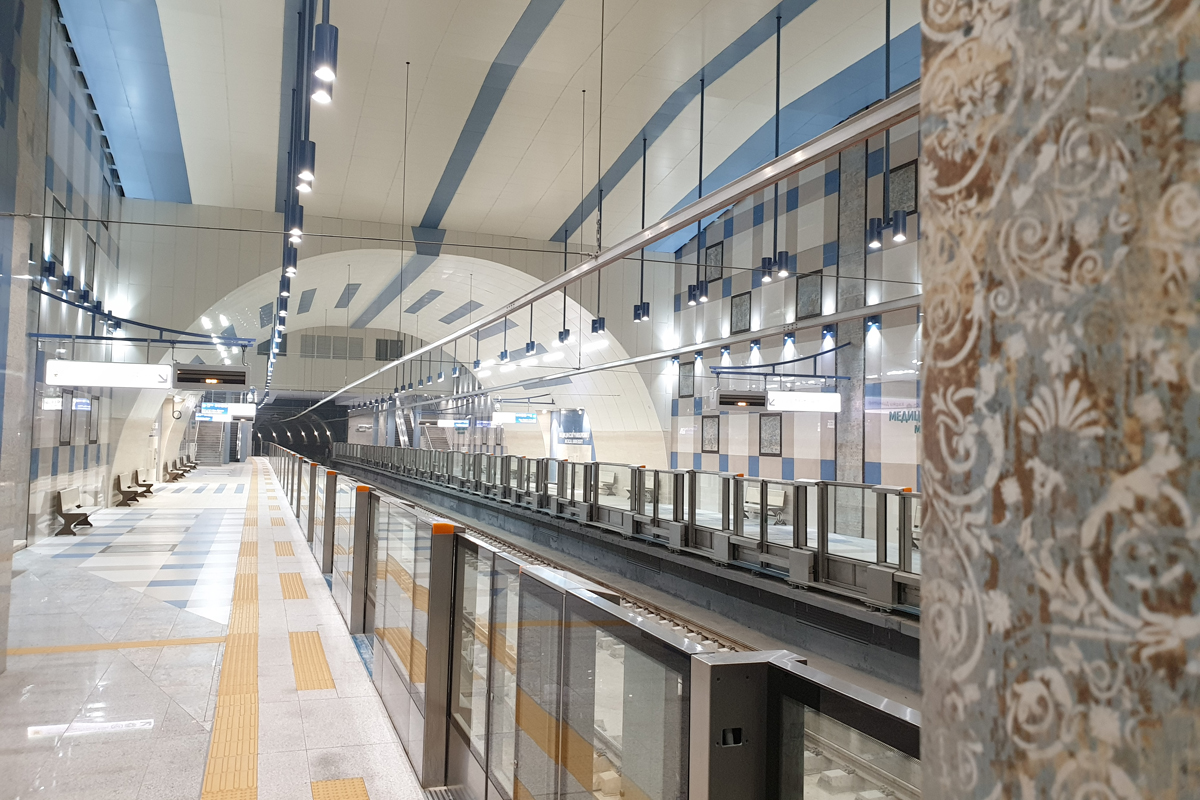 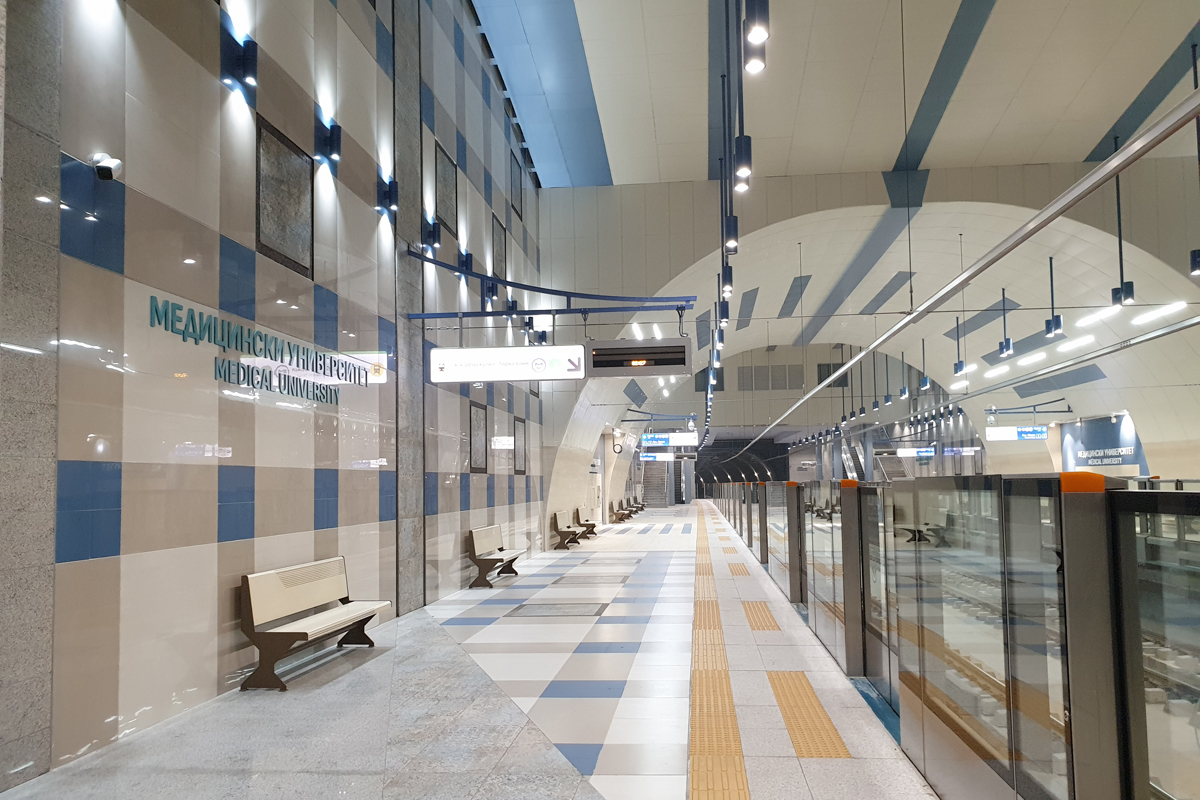 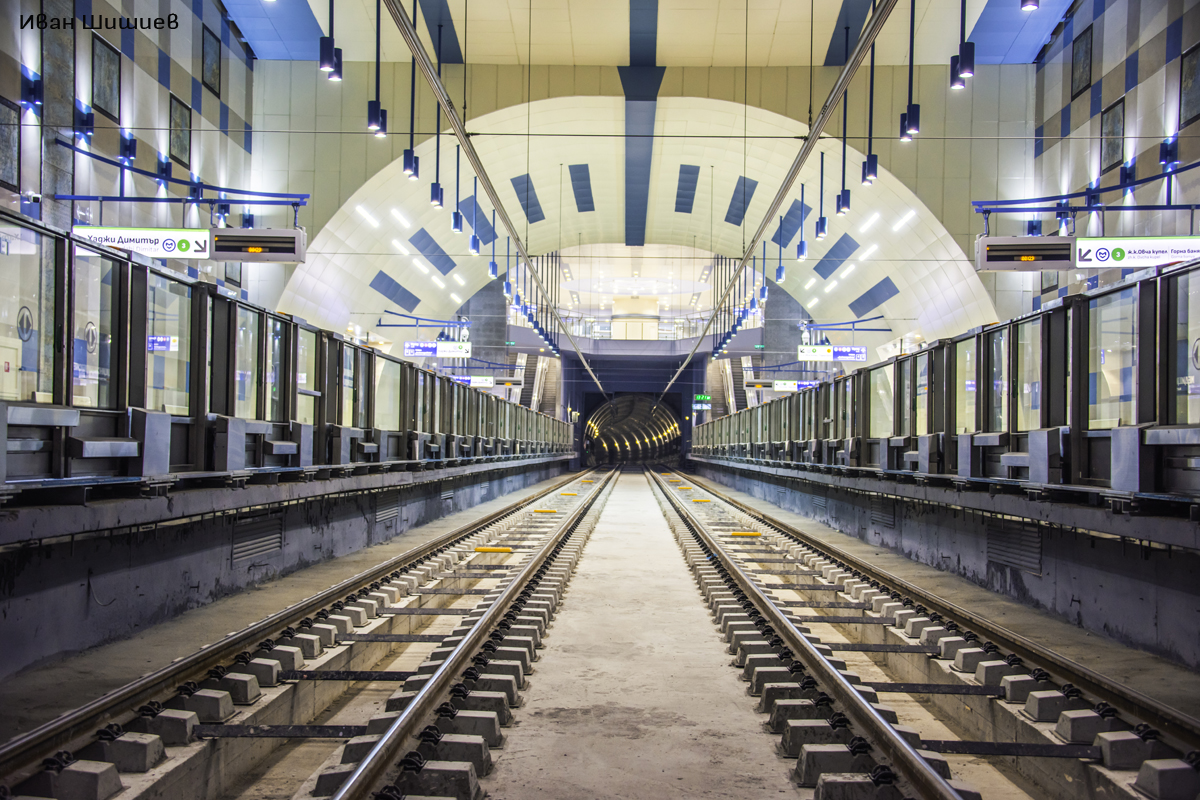 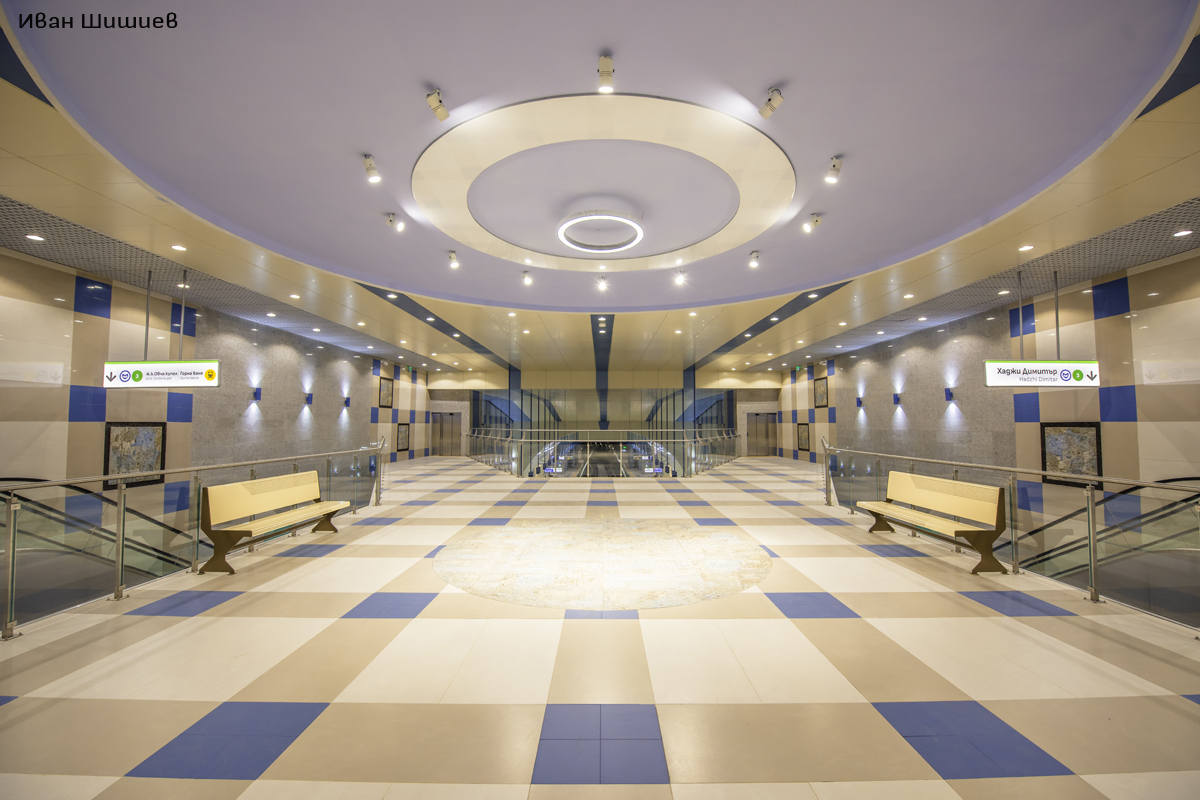 The station is located under G. Sofiyski street, west of its intersection with P. Slaveykov Blvd. It has two concourses: the eastern one has three entrances and the western has two. The interior is greatly influenced by the proximity of several medical institutes, the largest of which is the Medical Academy - a major national health and academic center. The station is located next to another popular building for the region - Madara Bath, which is one site in the list of immovable cultural values ​​with the highest cultural and historical value of Sofia. The accent in the interior is blue - a symbol of water and sky from the natural phenomena and peace, faith, trust and security. The artistic image of this station is associated with balance and color harmony and successfully evokes positive emotions and a sense of infinity and calm, which oppose the aggressive dynamics of everyday life and give a dose of "anti-stress", says architect Irena Derlipanska. Blue is also the color of medical workers.

In the eastern concourse, visitors' attention is drawn to a decorative plate in antique richly colored beige-blue pattern, framed in a copper mosaic with a metallic effect. The colors of the station are "white-blue pearl with a chameleon effect" for the sky blue, cut by more intense blue stripes in the axis of motion. The materials are etalbond in color and coffered aluminum panels in the areas of the doors for the passage of air waves from the movement of metro trains. Gres tile is in three colors - white, light beige and pastel blue. The granite is light, almost white. Six elevators and 10 escalators make it easier for passengers to move around the station.