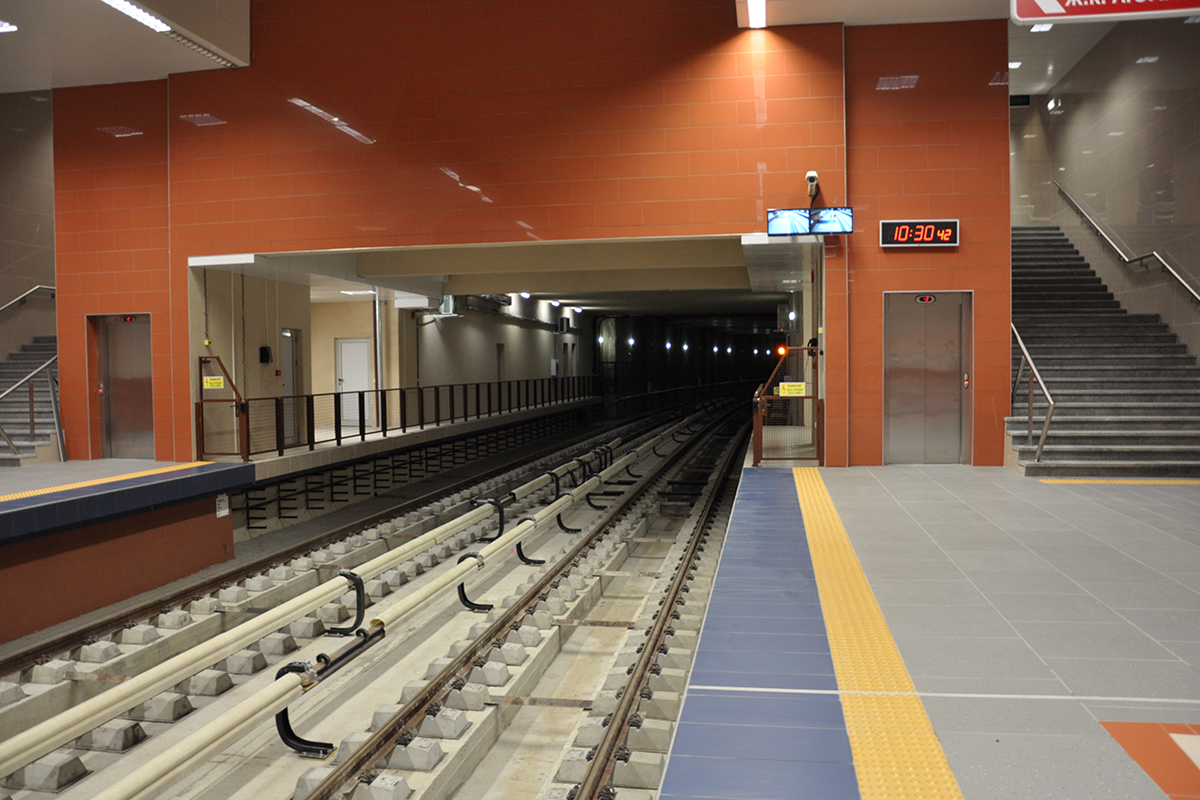 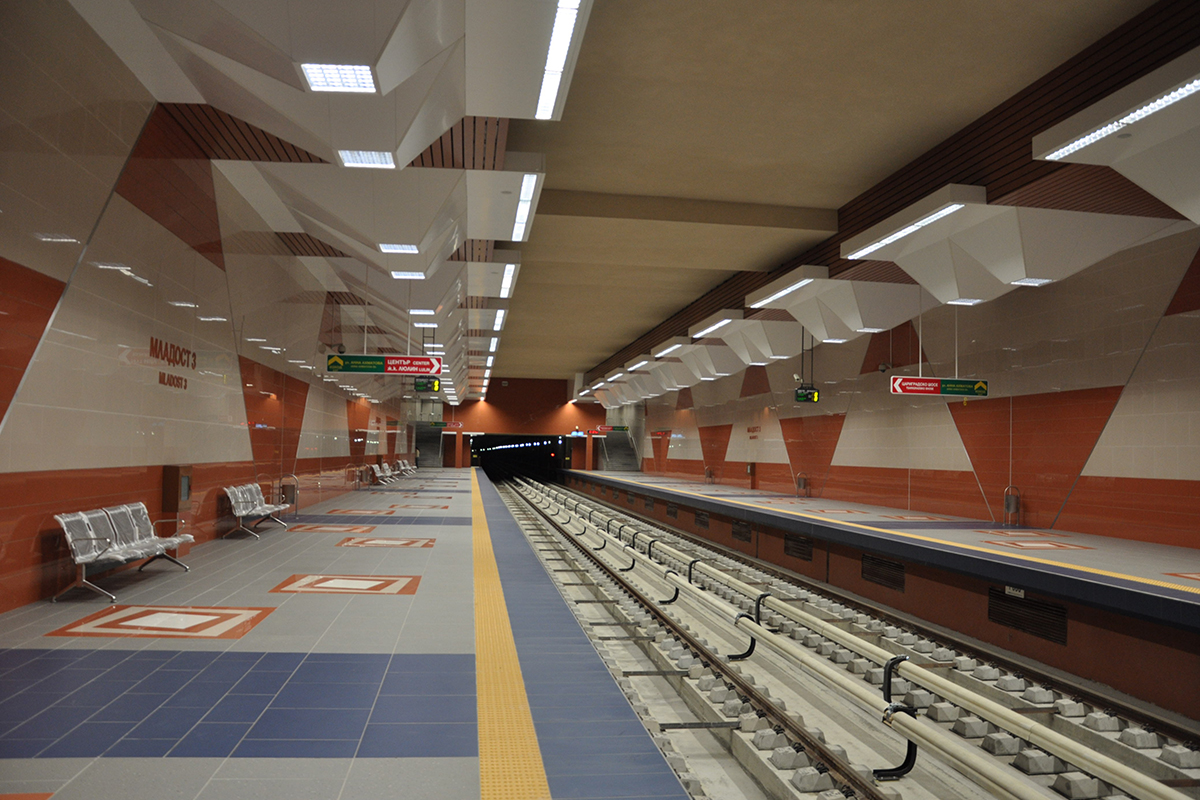 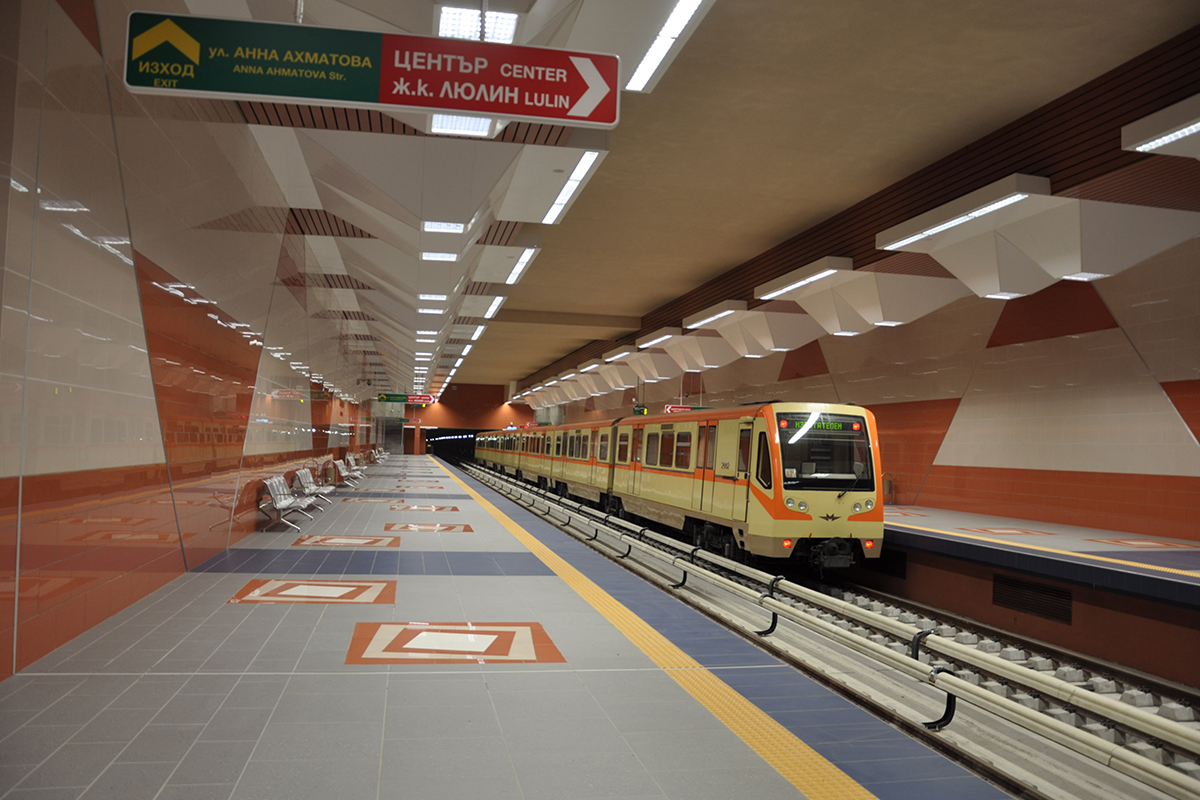 Mladost III metro station is situated across the street of General Radko Dimitriev, south of Krastyo Rakovski street and about 500 m to the east of the intersection of Al. Malinov and Andrey Lyapchev boulevards - at the boundary between the Mladost 1A and Mladost 3 residential districts.

Approaches to the station are two – leading to the corresponding entrance concourse located adjacent to the two underground pedestrian underpasses, which are equipped with escalators and stairs. The floors and walls of the pedestrian underpasses and concourses are covered by granite tiles, and the ceilings – by Hunter Douglas with built-in lighting fixtures.

The station has two side platforms with a length of 105 m and a width of 5 m each. The two opposite walls are formed in a shared harmonious composition together with the floorings and the suspended ceilings. 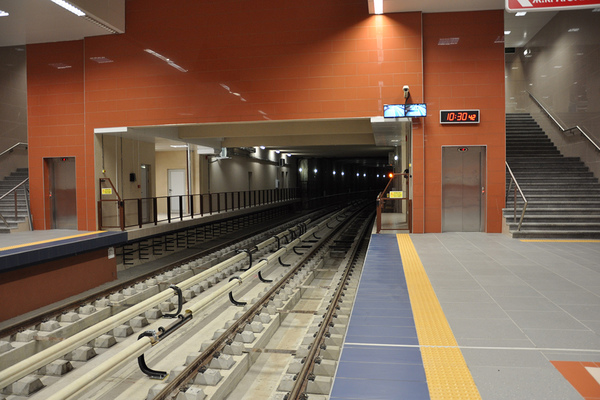