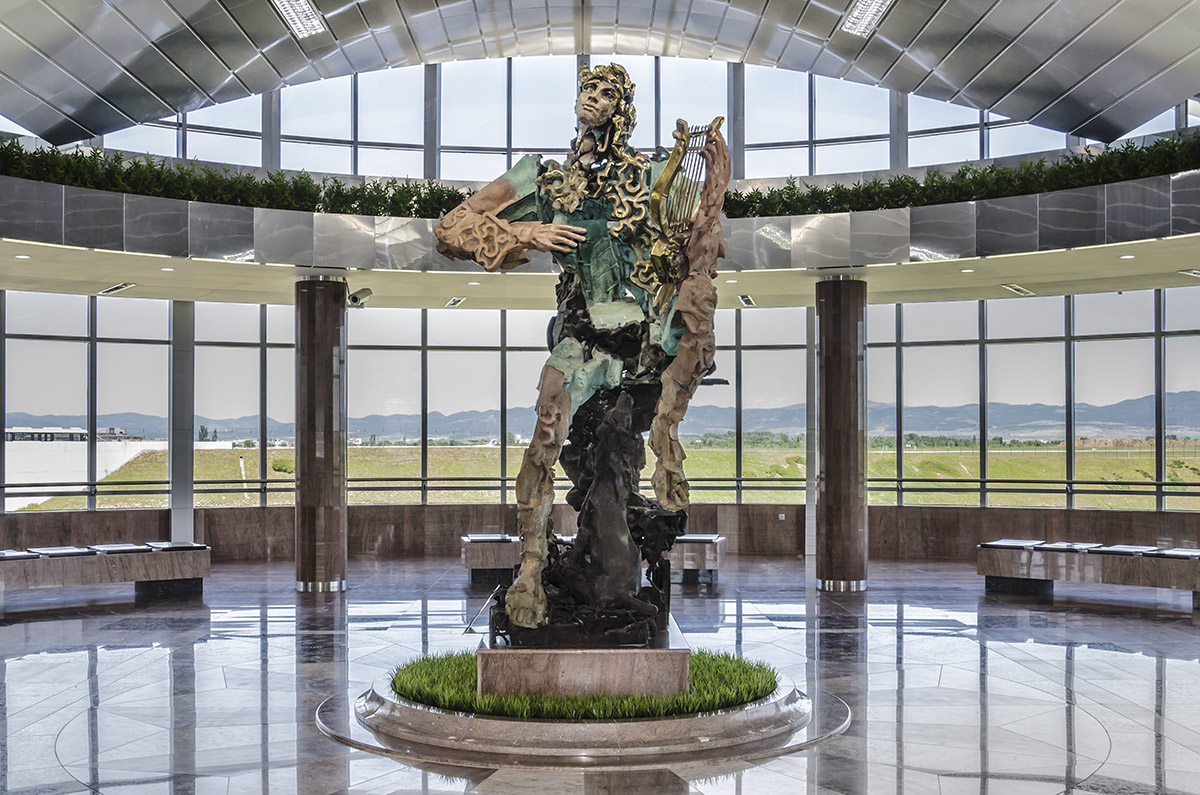 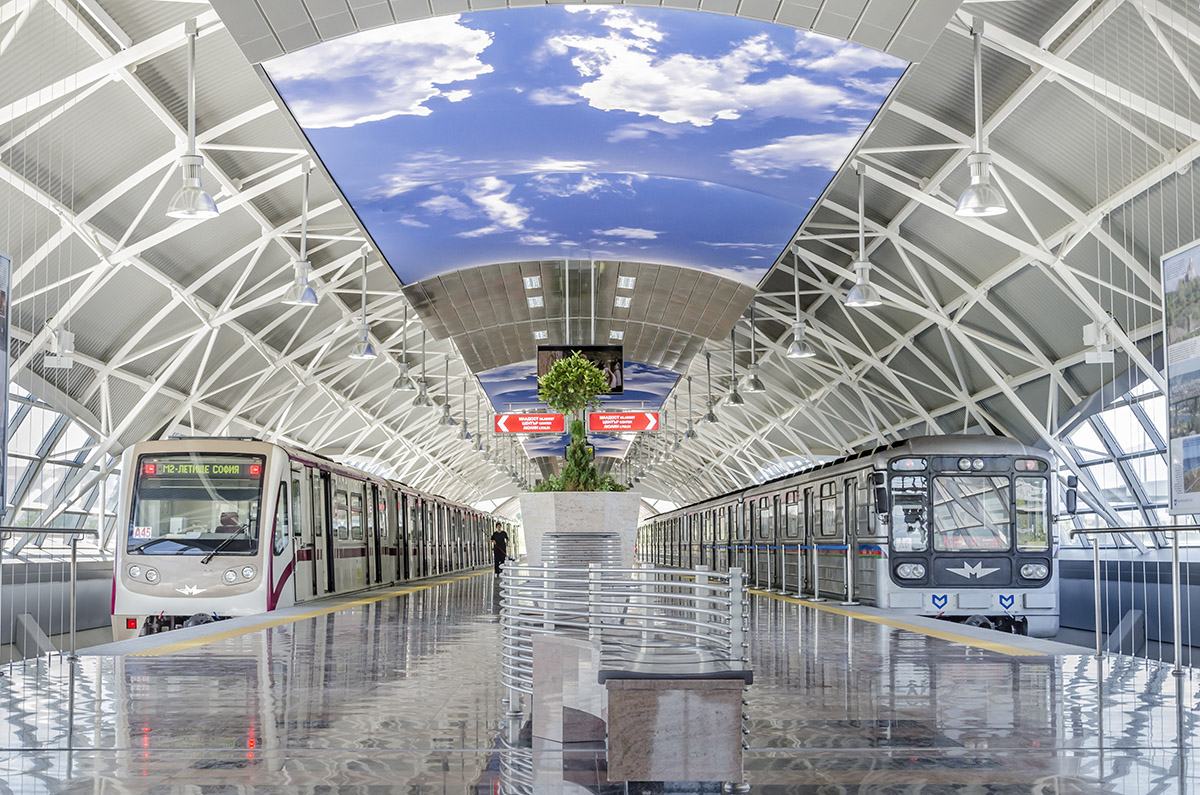 Metro station Sofia Airport is the terminal station of the first metro diameter of the Sofia metro and directly serve the airport – it is located just next to the Terminal 2. The station is situated on a concrete bridge construction. Through its positioning at the ground level next to the passenger terminal the station provides a direct pedestrian access to terminal at the nearest possible point towards the "check in" in the departures hall.

Station itself stands at 16 meters from the ground level. Lifting is implemented by massive concrete foundations of round piles with a diameter of 1200 mm and a length of 16 meters, joint in groups by beams of reinforced concrete. Under all the 6 foundations are constructed 96 piles of reinforced concrete. The top bearing structure consists of longitudinal and transverse beams with a combining plate on which is mounted the supporting steel arch structure of the covering.

Station is 5-8 m high and 143 m long. It consists of one concourse in its northern part and a centrally situated “island” platform which is 123 m long. The airport is a high-tech facility where everything happens in the air, and this is set out in the conceptual design of the station - air, light, space, speed and dynamics. The steel shell of the station is open-air and in harmonious way combines with the lateral windows from which streams light all day long. Fresh flowers in large pots create a feeling of life and continuous rebirth of nature. On the ceiling above every green corner is formed an artificial sky.

The materials in the station are entirely natural. Flooring is formed by colored granite in warm gradient shades. The walls are an original combination of aluminum, iron and glass. The ceilings are formed by the structure panels with colored stripes of etalbond. Below them there are architectural applications of the "Barisol" type and the lighting is energy-saving type. The benches along the axis of the platform are formed by massive granite bases and a back formed by longitudinal steel pipes. Pipe-lattice shaped benches with curved elements /segments/ of stainless steel pipes are also situated on either side of the flower pots with artificial flowers.

The attraction of the station is an impressive statue of the ancient Thracian singer Orpheus, a prominent figure of the Bulgarian lands. The bronze statue of the famous Thracian, who lived in ancient times in the Bulgarian lands rises to 3.5 m height in the center of the doorway and weighs an impressive 1000 kg. It is a work by the distinguished sculptor Krum Damyanov and quickly became a favorite place for taking pictures of all the guests of the capital.

The layout and design are work of the prominent Bulgarian architects Radomir Serafimov and Irena Derlipanska. 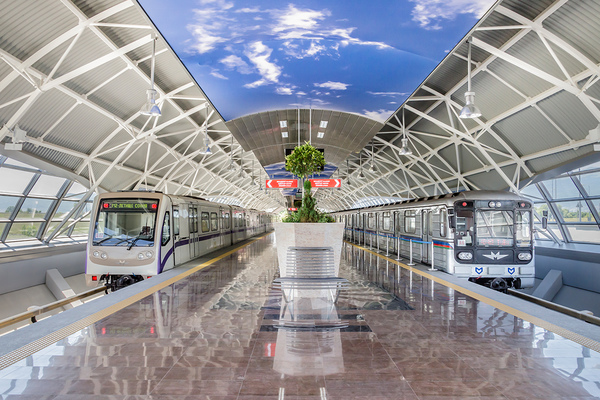