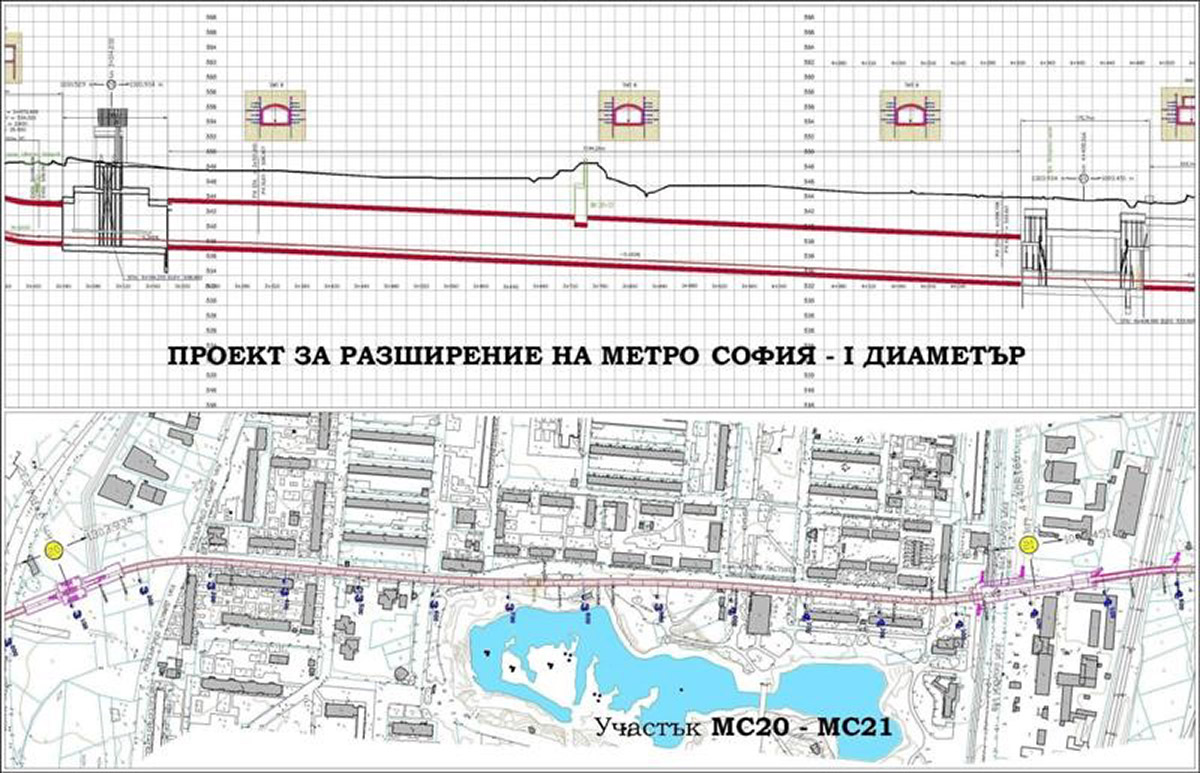 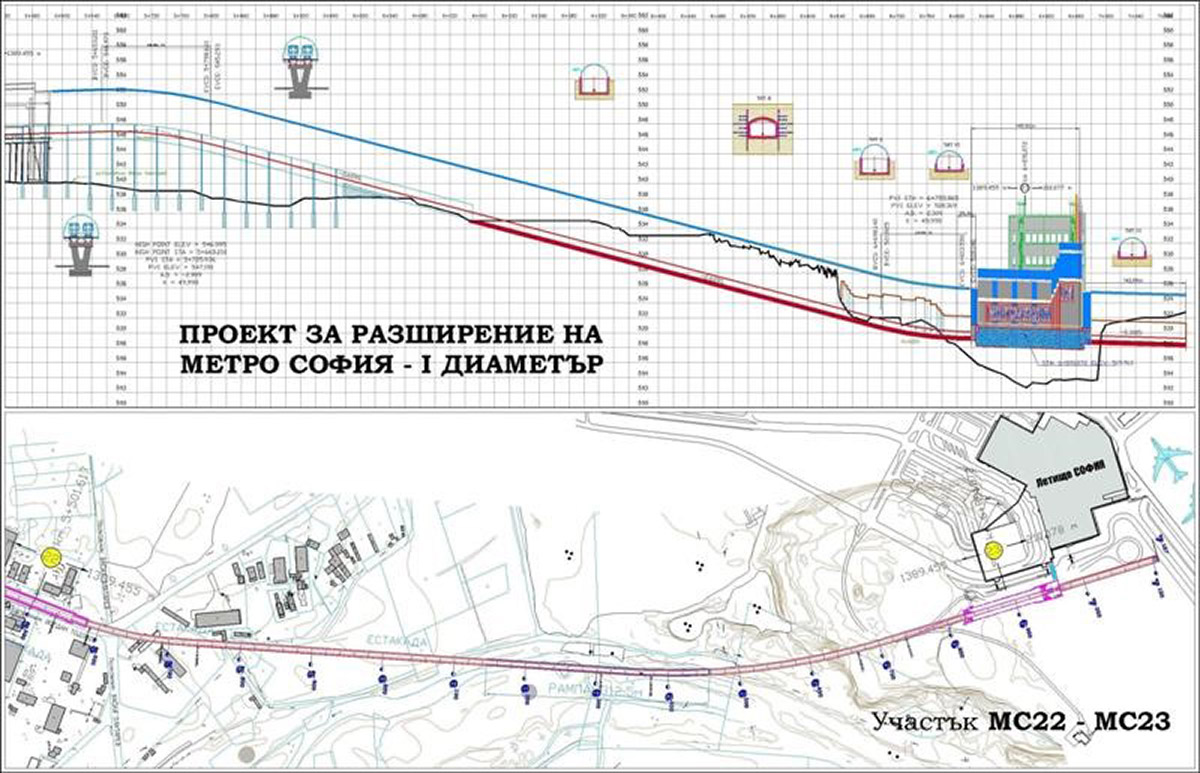 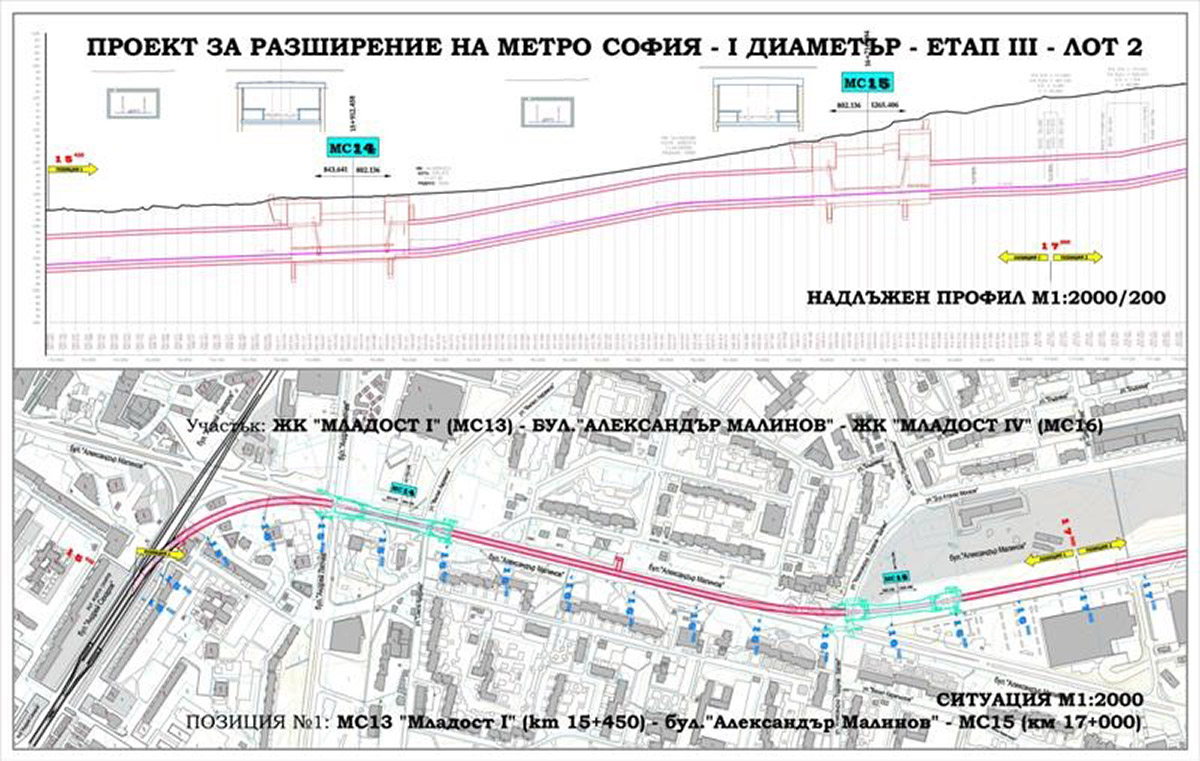 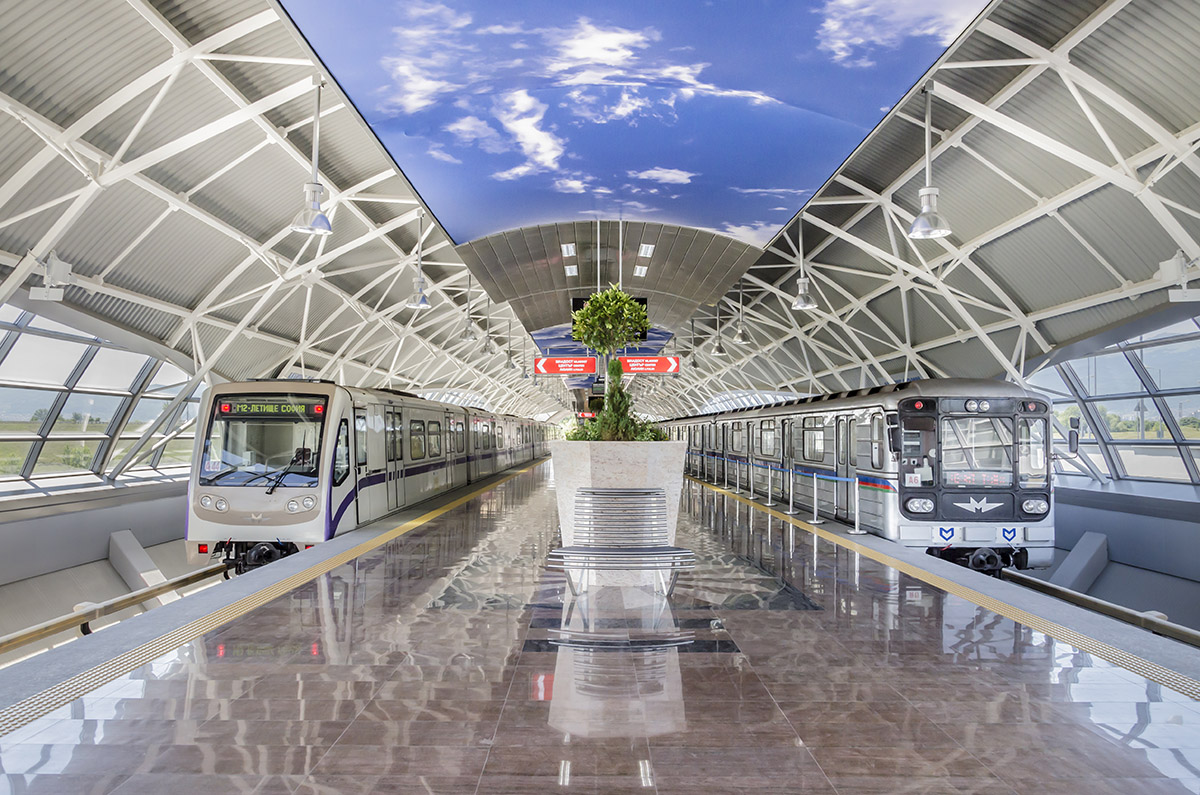 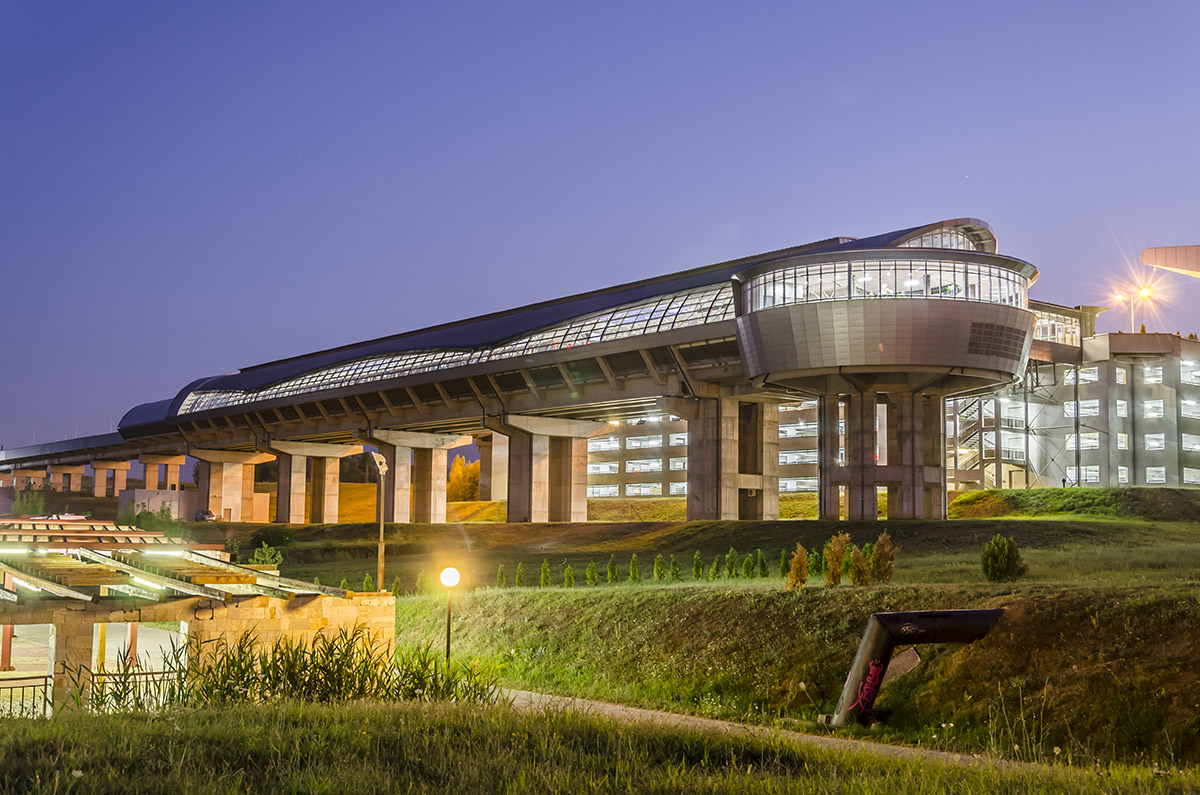 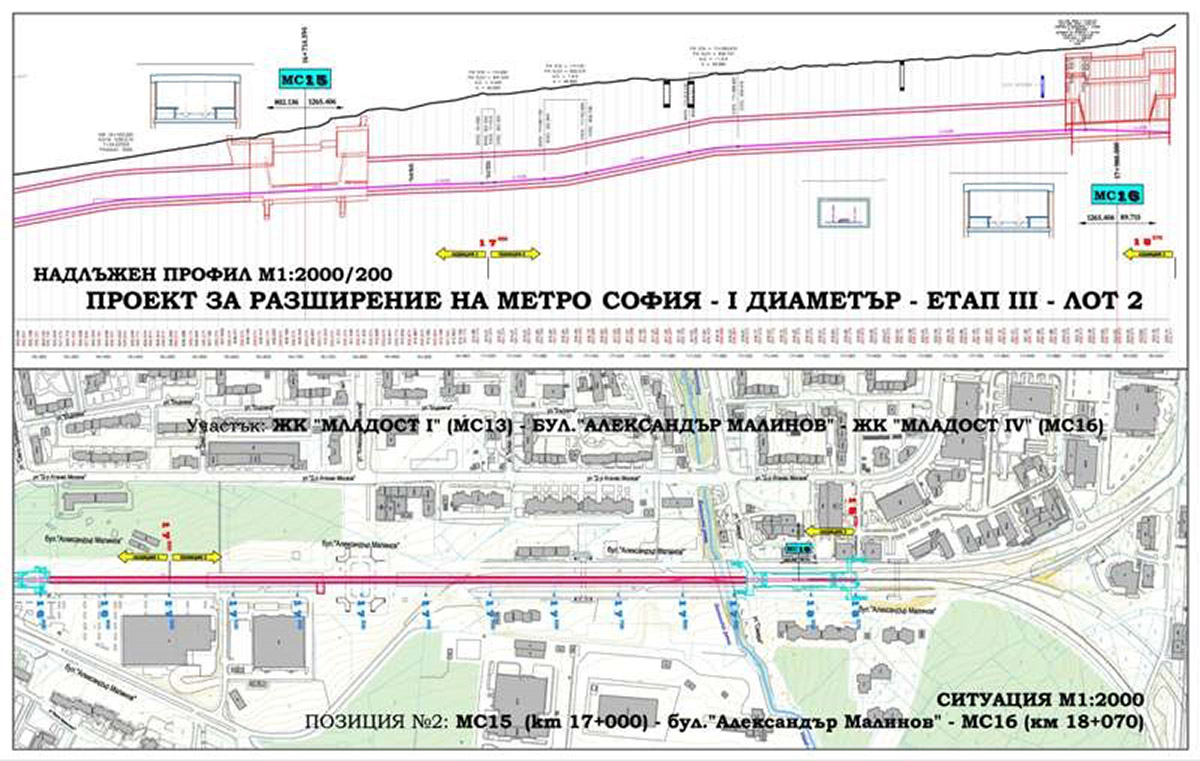 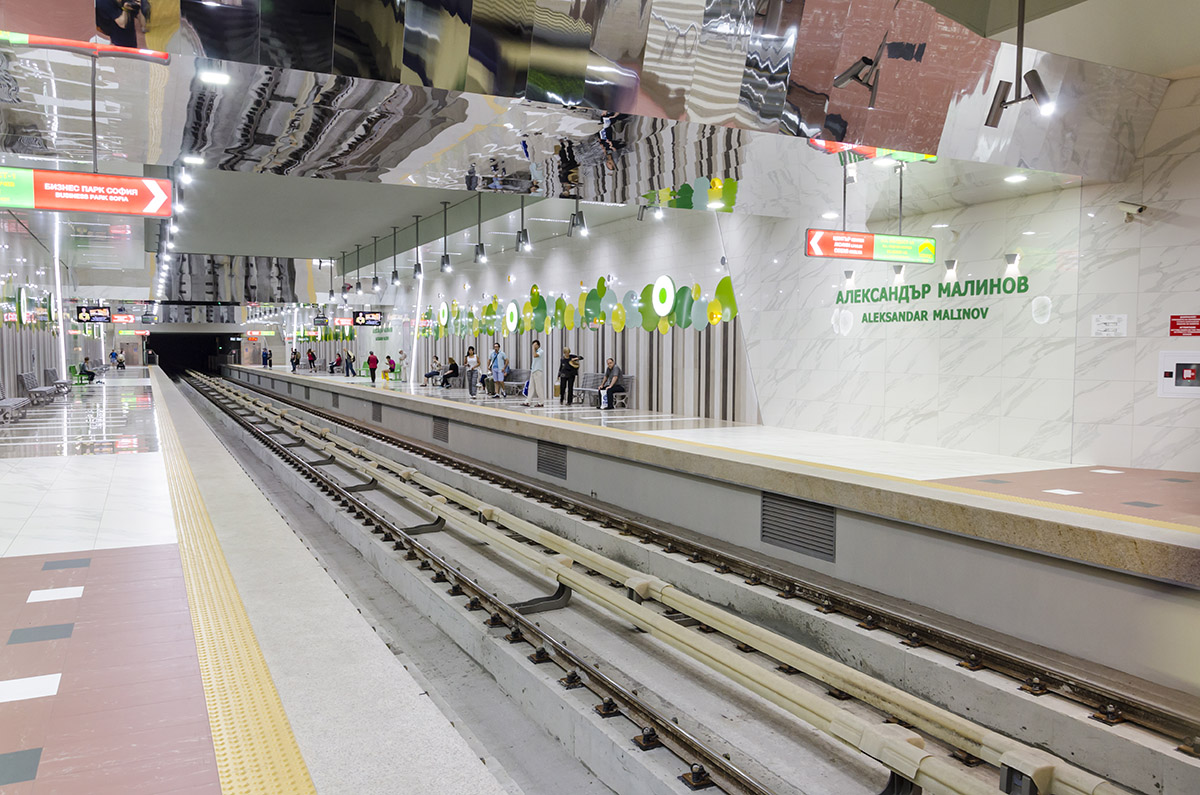 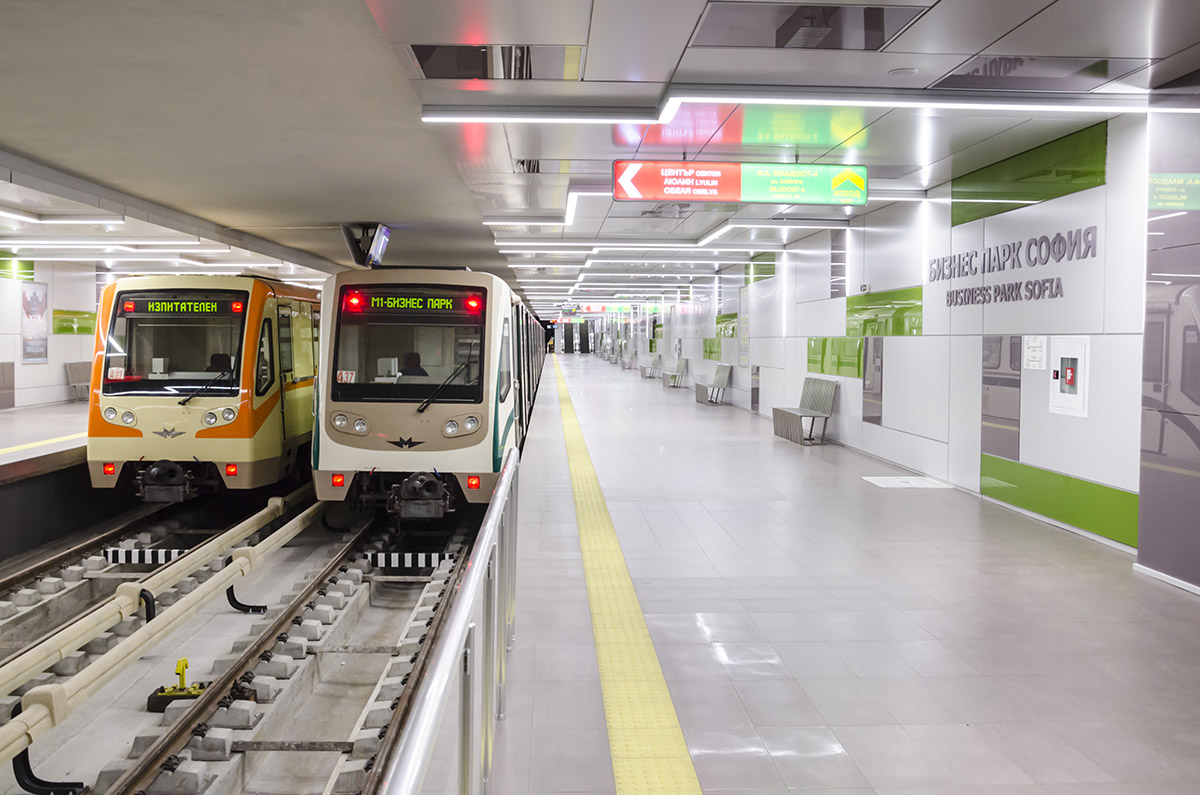 Construction of Stage III, Lot 1 - section "Tsarigradsko Shose blvd. - Sofia Airport" and Lot 2 - section "Mladost 1 - Business Park in Mladost 4" with a total length of 7.7 km and 7 metro stations is in process of implementation with funding from the OP "Transport" under Priority Axis 3 "Improvement of intermodality for passengers and freight transportation". Grant by the OP "Transport" amounts to 110 million euros, including 93 million Euros by the ERDF and 17 million Euros - national co-financing.

Stage III is a continuation of the first metro diameter from Tsarigradsko Shose boulevard through Druzhba RD to the Sofia Airport as well as the extension after MS Mladost I in Mladost I RD along Al. Malinov boulevard to the Business Park in Mladost 4. The section "Mladost 1 - Business Park Mladost 4" is underground with a length of 2.7 km and 3 metro stations. Section "Tsarigradsko Shose - Sofia Airport " is 5 km long with 4 stations, out of which 2 underground and 2 open - on overbridge and on the terrain level.

Fig. 10. Location and section of Lot 1 from Stage III in Drughba residential district

Fig. 11. shows the location and section of the route of Lot 1 towards the Sofia Airport

Fig. 12. shows the location and section of the route of Lot 2 under Al. Malinov blvd.

Fig. 14. shows the location and section of the route of Lot 2 to the Business Park

Fig. 15. View from the platform of Business Park metro station

Extension of Line 2 from MS James Bourchier to MS Vitosha

On 1-st August 2014 has began the construction of the section of the extension of Line 2 of the metro from the metro station "James Boucher" along the Cherni Vrah boulevard up to Srebarna street. This section comprises of a route 1.3 km long and an underground metro station - with exits/entrances at the intersections on the Cherni Vrah boulevard with Henrik Ibsen, Srebarna and Filip Kutev streets (the later is the future Todor Kableshkov boulevard). 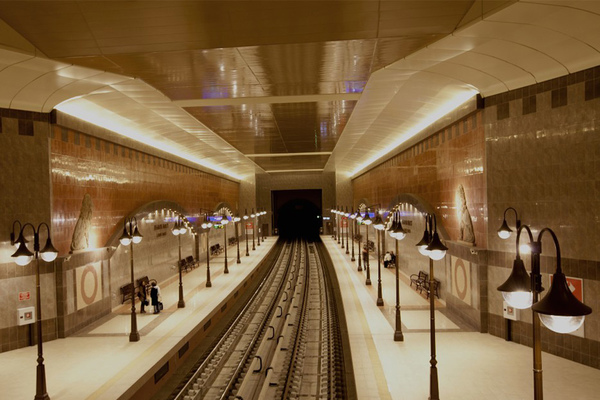 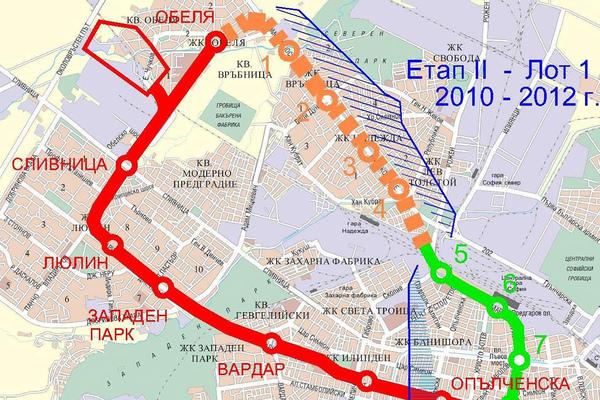 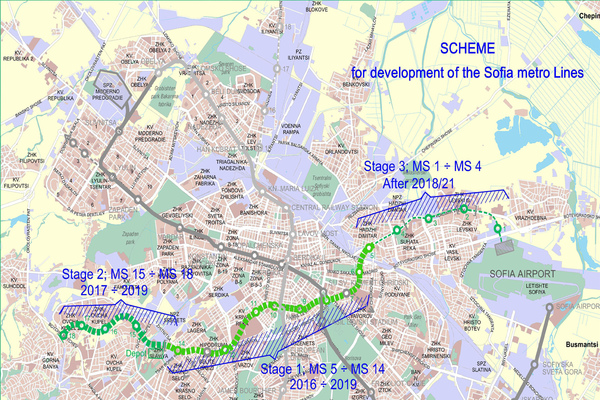