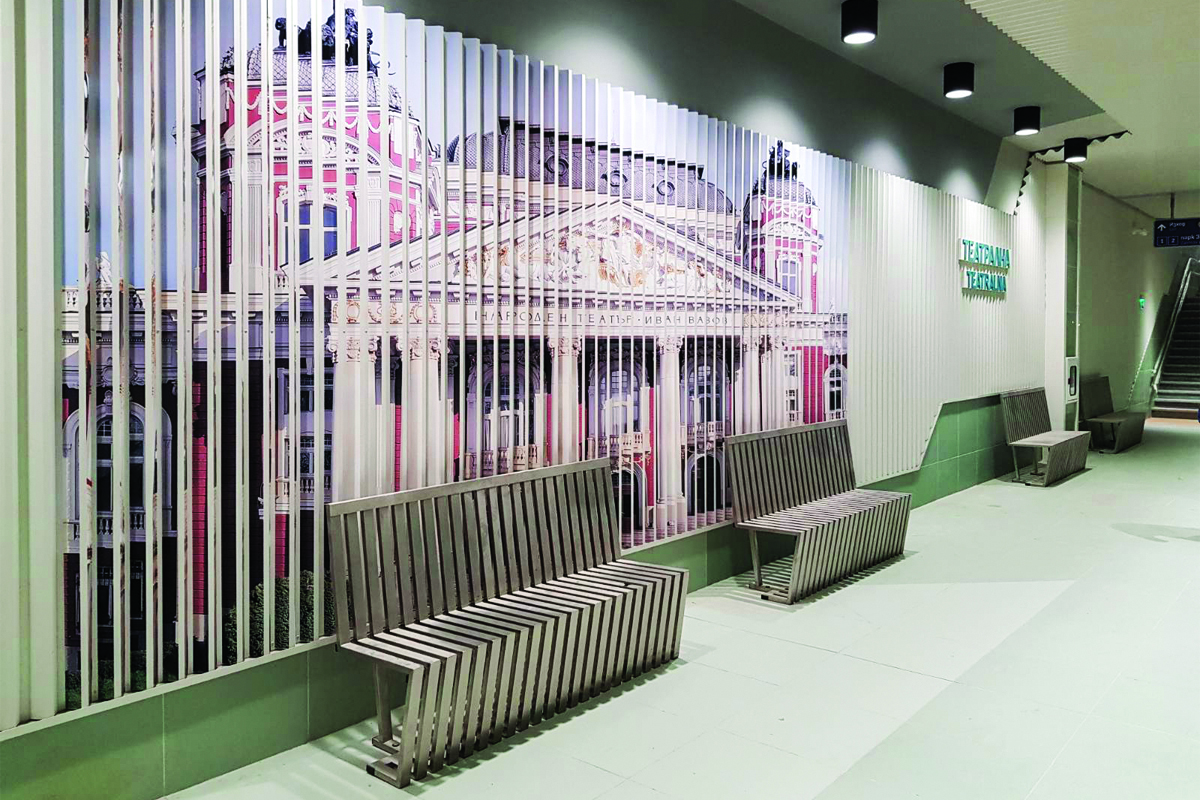 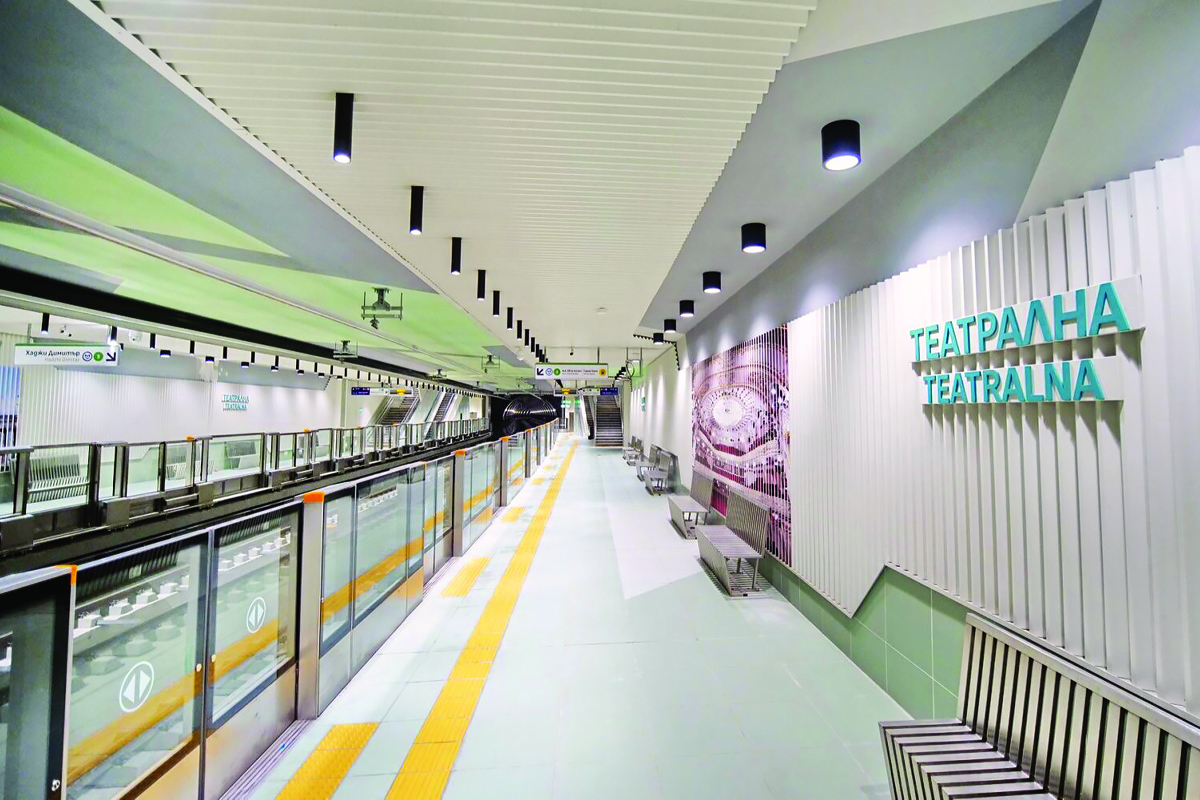 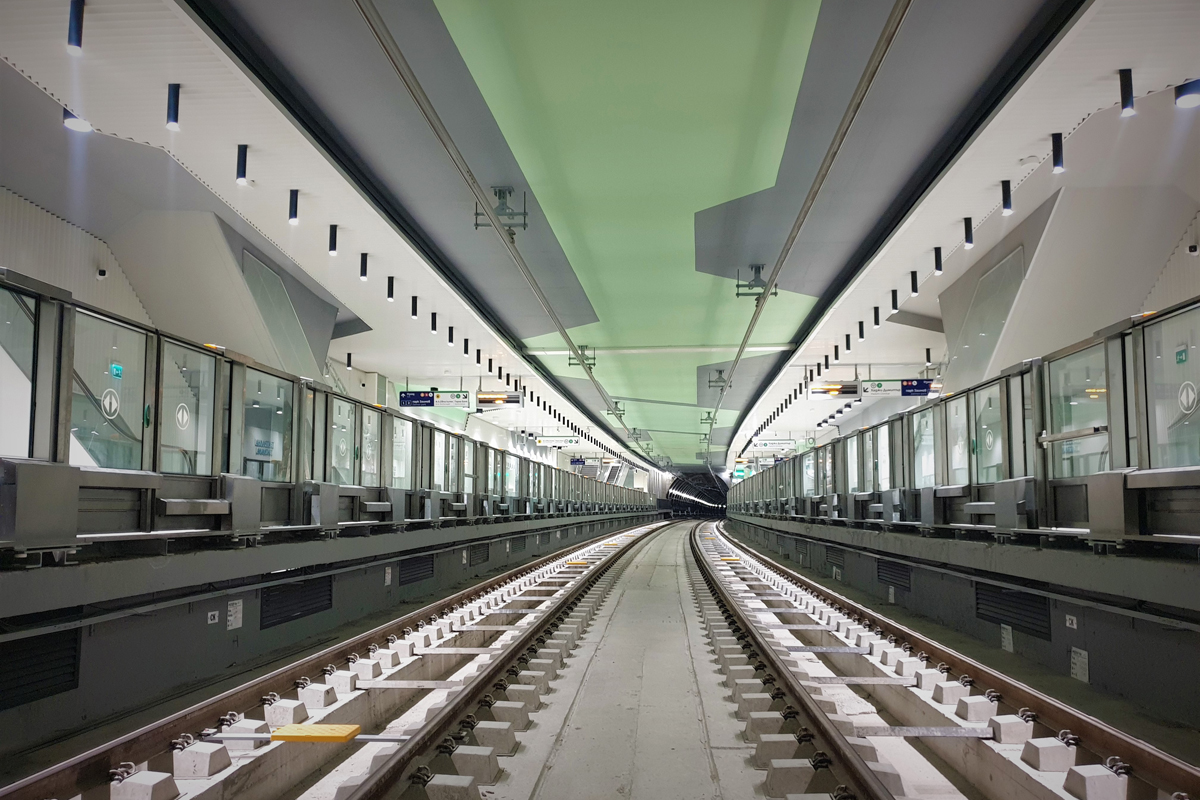 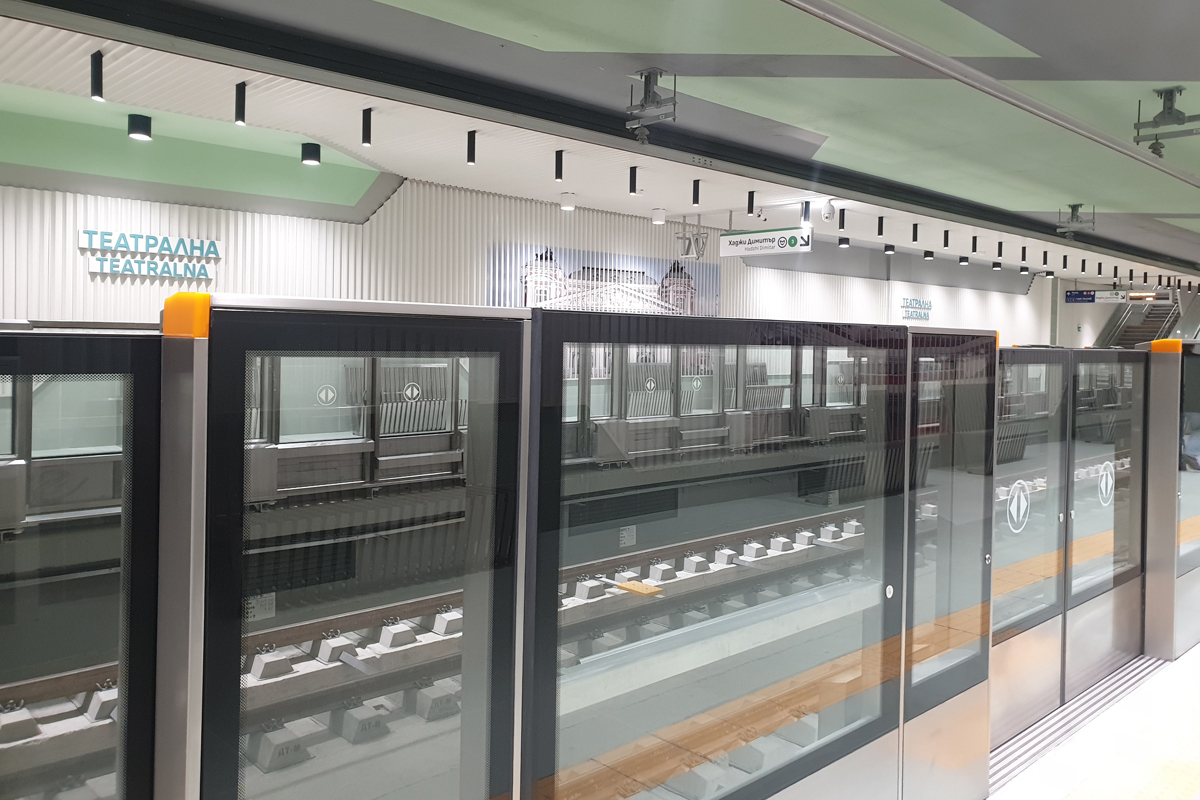 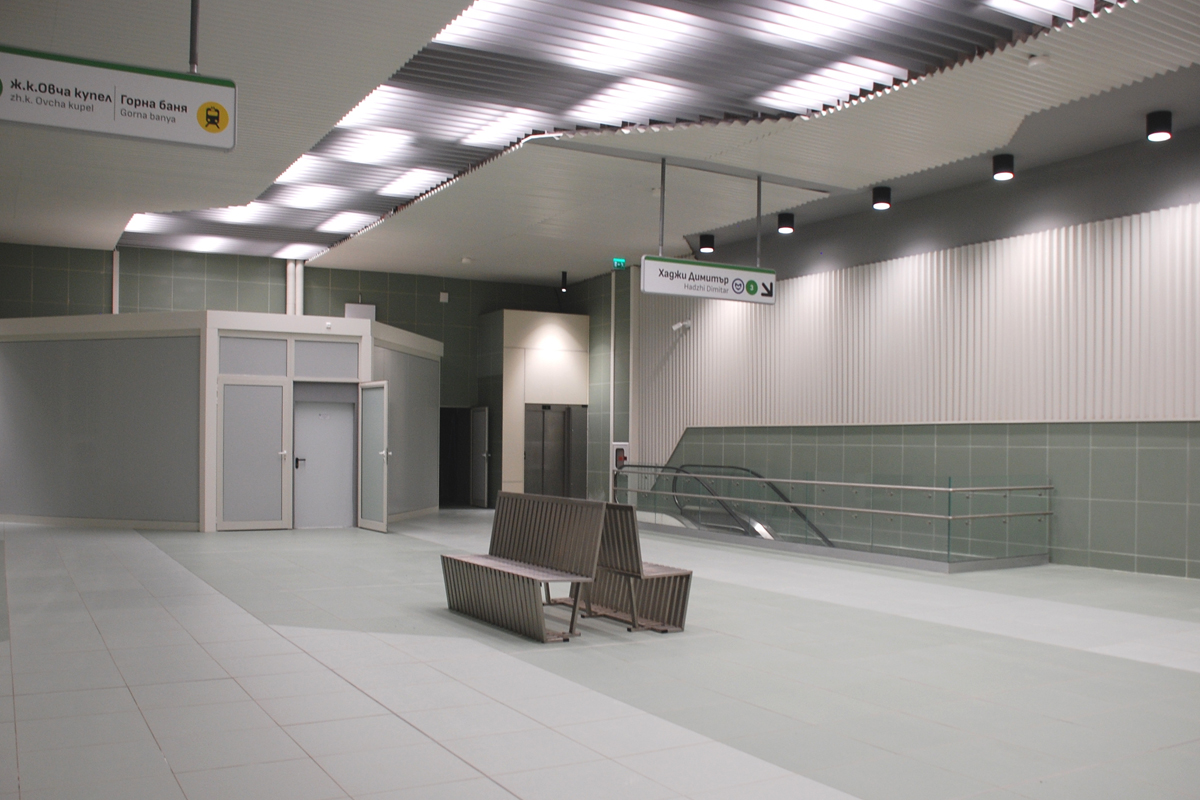 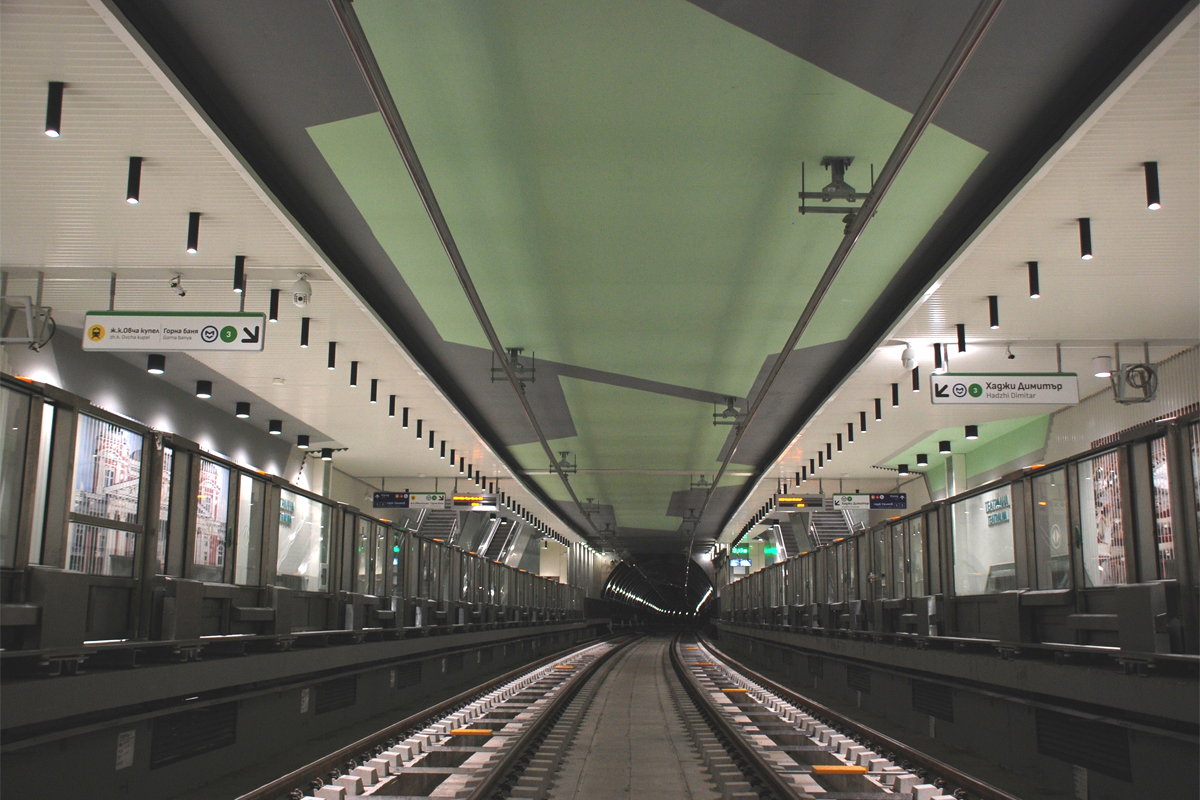 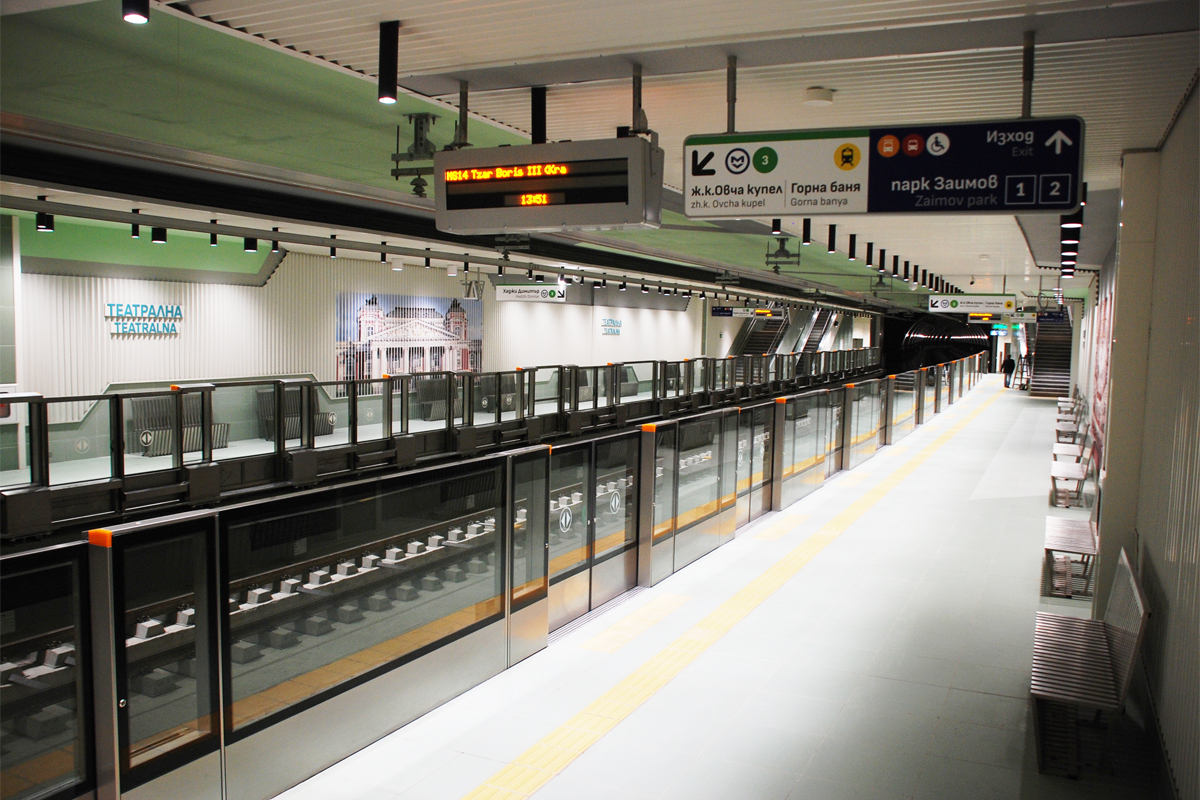 The station is located under the western lane of Evlogi and Hristo Georgievi Blvd., between Yanko Sakazov Blvd. and Silistra St. The remarkable thing about its location is that it is located in an area where there are several theaters, a national academy of music and a theater college. It has a central concourse divided into two parts to serve its northern and southern halves.

The station has side platforms. The connection of the concourse level with the platforms is done with two escalators - respectively for going up and down, and two stairs for each of the platforms. The metro station is situated parallel and next to the covered part of the Perlovska river. For this reason, the bottom is at a considerable depth - 14 m from the ground.

The architect is Konstantin Kosev. The architectural layout of the platform and the concourse level of the station is solved by flooring of reinforced light green gres tiles. The walls are lined with powder coated lamellas of corrugated sheet metal, and the plinths and vertical strips between them with light and darker green gres tile. An interesting point from the design of the station is that the cladding on the walls has a wavy trapezoidal shape, on which on both sides of the trapeze are mounted two different images in one place, depending on the viewing angle to different parts of the platforms. Thus, the passengers, moving in one direction, see the magnificent building of the National Theater, and those who are in the opposite direction - the magnificent interior of Ivan Vazov theatre. There is an attractive panel with masks in the lobby. The idea for it came from the late sculptor Lyudmil Bonev. His colleagues, with whom he worked from the Academy of Fine Arts and people from his family, completed and realized his idea.