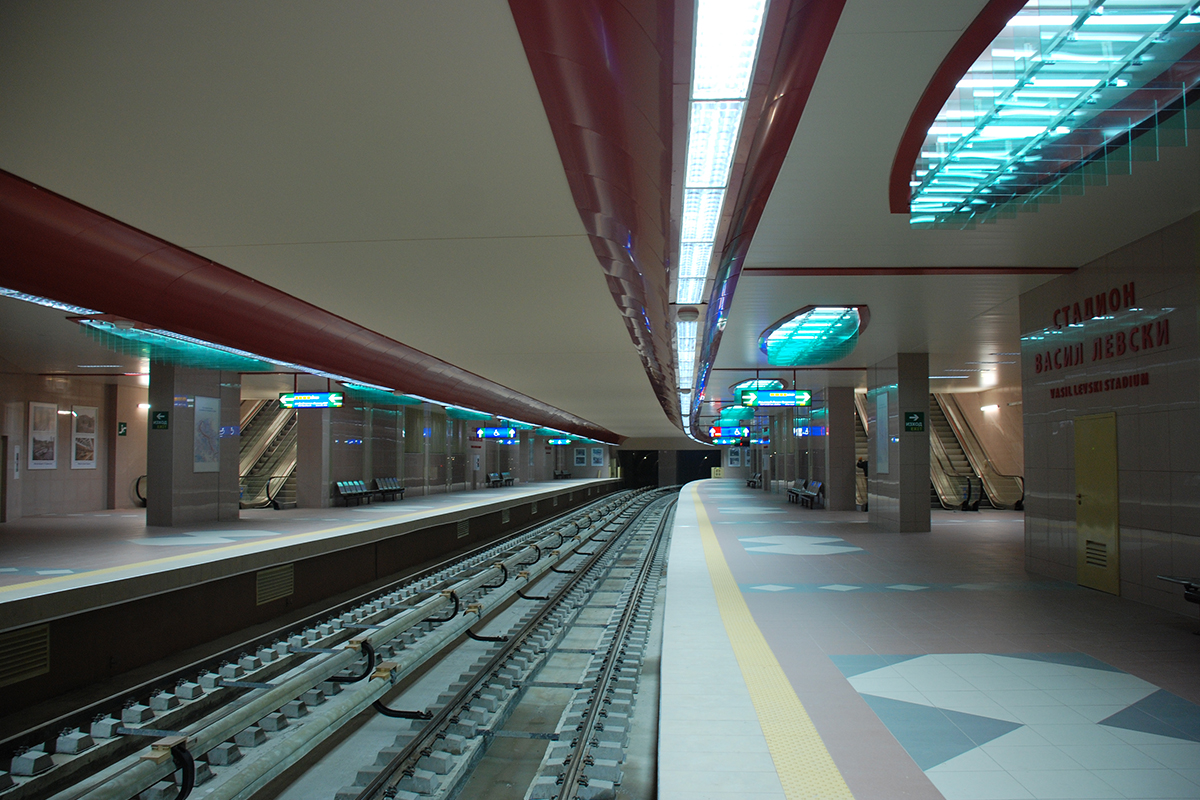 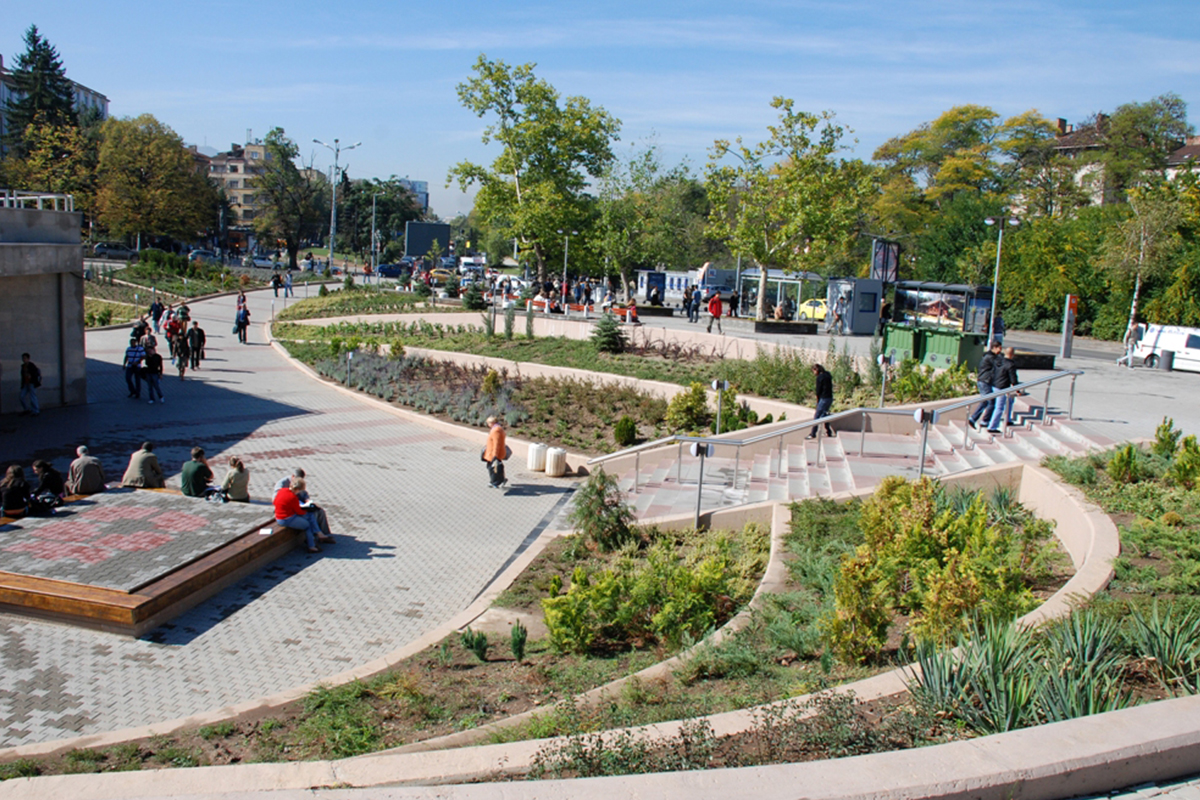 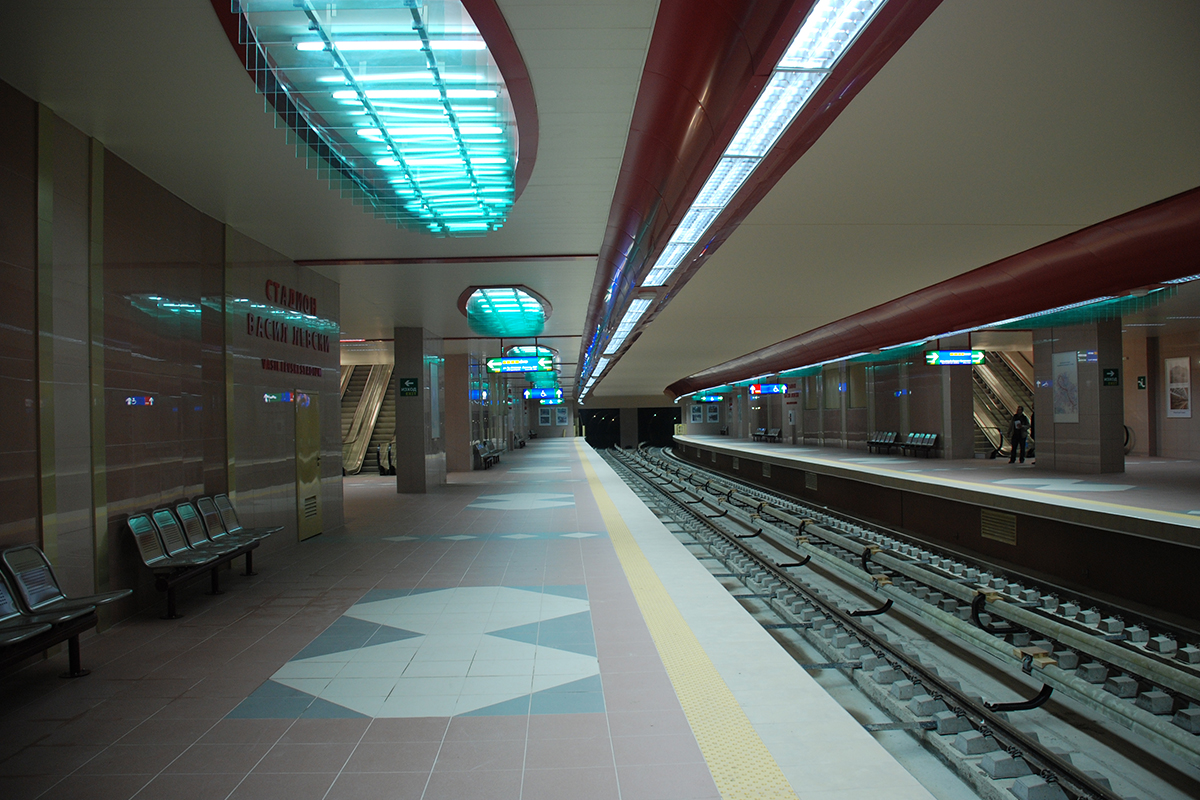 The station is situated at the intersection of Dragan Tsankov blvd. and Evlogi Georgiev blvd., not far from the National Stadium of Vasil Levski. The station is named after the stadium. It is near the place where Junak stadium was situated once.

The metro station is under the ground. It has side platforms and each of them has three escalators and a lift for disabled persons and mothers with children.

Because of the specific location of the station, there is one concourse on the surface which has two exits: the one leading to Evlogi Georgiev blvd. is bigger and serves as an exit and entrance simultaneously, while as the other one (facing Dragan Tsankov blvd.) serves only as an exit.

The station is 22 m deep and it has 5 underground levels: 2 levels for service premises and underground concourse and one sub-platform level. The station is designed in brown, beige and white colours. The lighting is installed in rows of concave circles above the two platforms into two longitudinal information tubes, colored in dark red.

Four domes are constructed above the concourse to let the sunlight through. Besides, there are 3 storeys constructed for underground parking lots with the capacity of more than 200 vehicles. They are built above a part of the station and the connecting tunnel under Dragan Tsankov blvd. 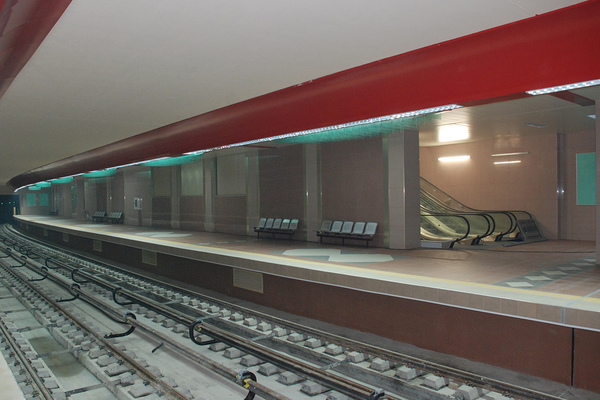